First came the adventurers from Europe to Africa by ship. In 1415 Henry the Navigator conquered the North African city Ceuta. With Ceuta, the colonisation of the continent began. For over five centuries, European forces gradually subdued Africa’s peoples. 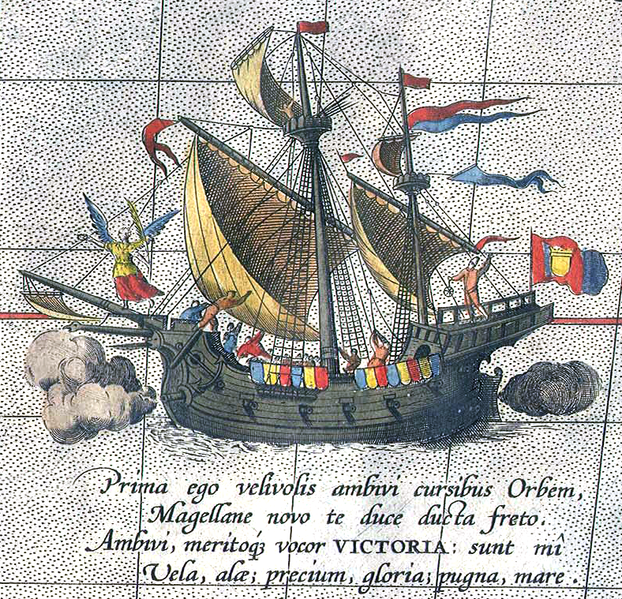 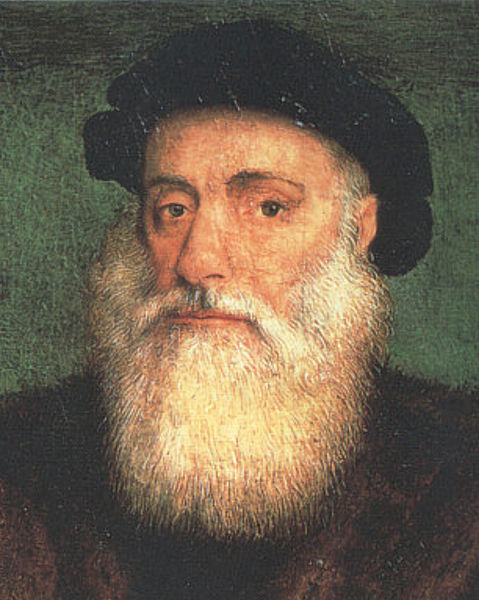 The most venturous seafarers were Bartolomeu Dias, who advanced to Kapland in 1497, and Vasco da Gama, who reached East India by sea route ten years later as the first Portuguese ever. Their route led from Lisbon around the Cape of Good Hope on to East India and the Spice Islands. Via this new trading route, pepper, cloves, nutmeg and cinnamon were imported. These spices were of immense value during the Middle Ages, as they were not only used to season dishes but also served as preservatives and as basis for medicinal products.

The Scramble for Africa 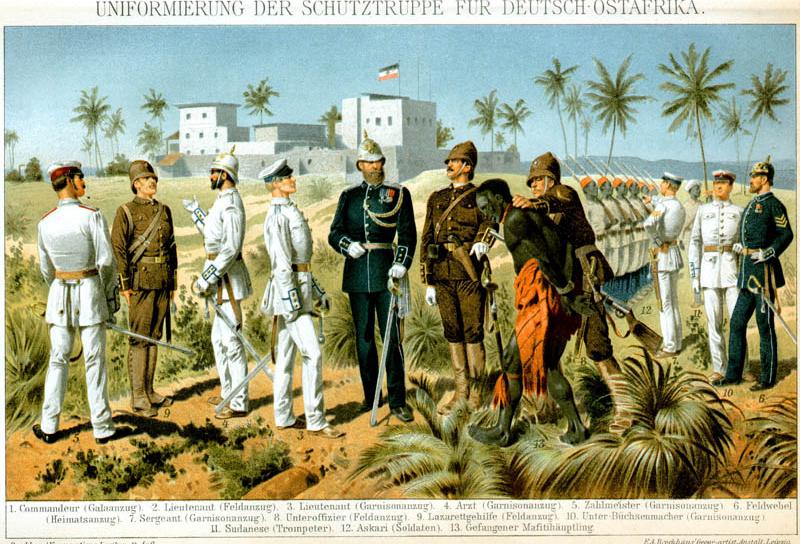 The most famous missionary and Africanist was David Livingstone from Scotland. He undertook several expeditions to Africa and was the first European to cross the continent from west to east. In 1854, he travelled down the Zambezi River so he could bring the evangel to the tribes in the heart of Africa. On his journey he came upon giant waterfalls, which were called "Mosi-oa-Tunya", thundering smoke, by the locals; however, he named them “Victoria Falls”, after his queen Victoria. Over and over, his paths would cross with slave traders. Being a Christian, slave trading, in his eyes, was a serious offence against humanity and he supported the abolition of slavery. 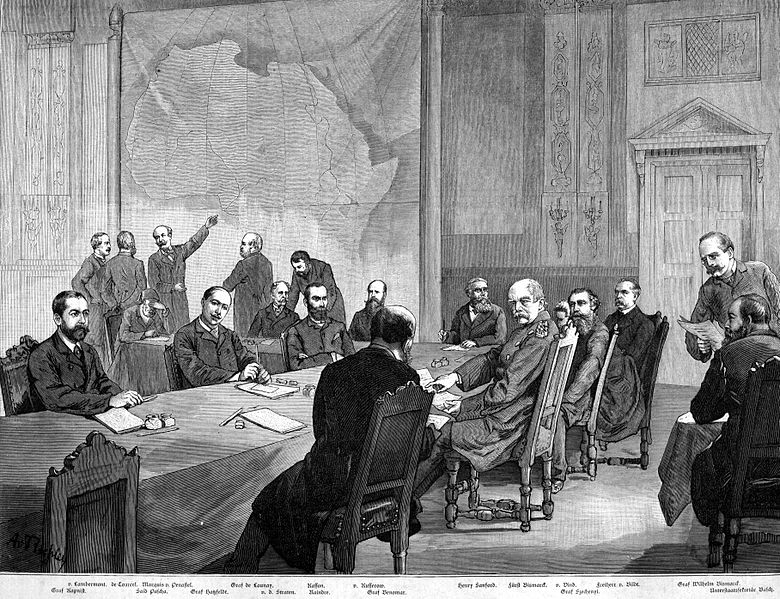 In 1884, the German Reich Chancellor Otto von Bismarck invited all European heads of state to a conference in Berlin.  The quarrelling Europeans were to divide the African continent between themselves peacefully. The politicians gathered in front of a large map of Africa. They argued and bargained and finally split the territories among themselves. The borders in between territories were drawn on the map with a ruler. 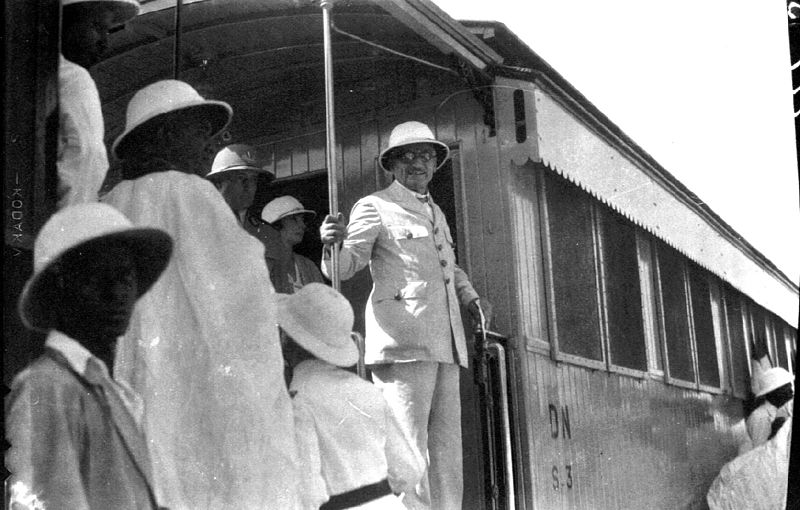 In Kenya, the Brits ruled. They colonised the country with British post-war soldiers; these people were assigned the best estates in central Kenya. Their interests had priority over those of the African population. When the black farmers wanted to cultivate the coffee variant Arabica, which was more profitable than the variant Robusta, the white settlers made sure that they would receive the sole monopoly on the cultivation of Arabica. At the beginning of the 20th century, the British sent for about 32000 workers from India to build the railway from Mombasa to Lake Victoria. Thousands of workers later settled in Kenya and Uganda and ousted the local population.

The cruellest colonial regime was under king Leopold II, the King of Belgium. He benefitted from large territories around the Congo River as his private property. Through unprecedented cruelty, he exploited the working power of the local inhabitants. In Congo, the most important resource was rubber. After the development of automobiles driving on rubber tires, the demand increased at great pace. Car manufacturers stopped at nothing to get to the resource as cheaply as possible. Armed gangs attacked settlements and villages, tortured the people and mutilated them until they would get the demanded amount of rubber. When the cruelties became internationally known, the Belgian king had to surrender his territory. Hereby, the worst atrocities to the population came to an end.

Uprisings against the colonial forces 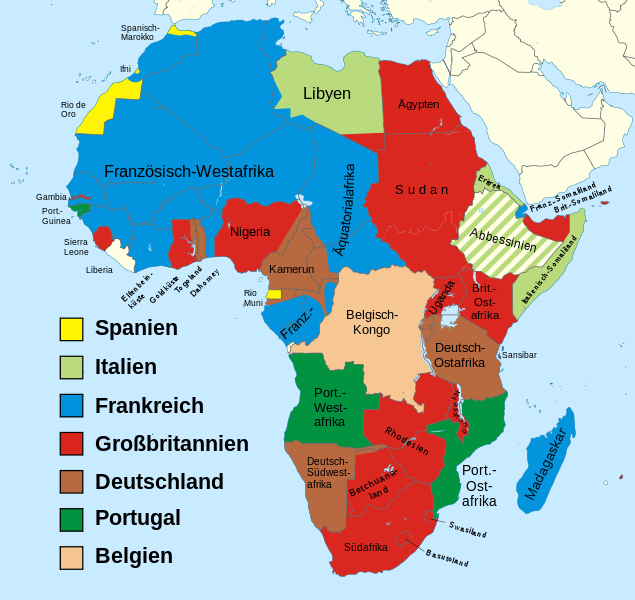 The population in the colonies fought back against the oppression and enslavement through riots and wars. The Herero and Nama rebellion in Namibia and the rebellion of the Kikuyu in Kenya shows that the people in the colonies organised and fought against their oppressors together. As from about 1920, in all parts of the continent independence movements were formed. Through decades of resistance, the African peoples were able to free themselves from the European colonial powers. As from 1960, all African countries became independent.

African countries that were not Colonised

There were two African countries that were never or just for a short period of time controlled by European forces: Ethiopia and Liberia. Italy had tried to occupy Ethiopia, but the Italian forces could only hold their ground for a few years. Liberia is the little white spot in the west of the continent. The country was a independent island in between occupied countries. Americans had acquired the territory so released slaves could settle there.