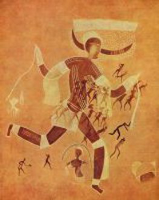 The peoples wandered for thousands of years, they hunted and gathered before settling down. Presumably, around 40000 BC, the Bushmen used caves and rocky areas in the savanna as safe havens. Their rock drawings in South and East Africa show the beginnings of civilisation. The earliest pastoral tribes of the Sahara desert chose their safe havens to be rock areas in Algeria and Libya. The forest tribes in West and Central Africa were also nomads. They had determined "sacred places" in the forest, which they would regularly visit on their hikes. However, they never created any settlements.

The Hunter-Gatherers of the Savanna 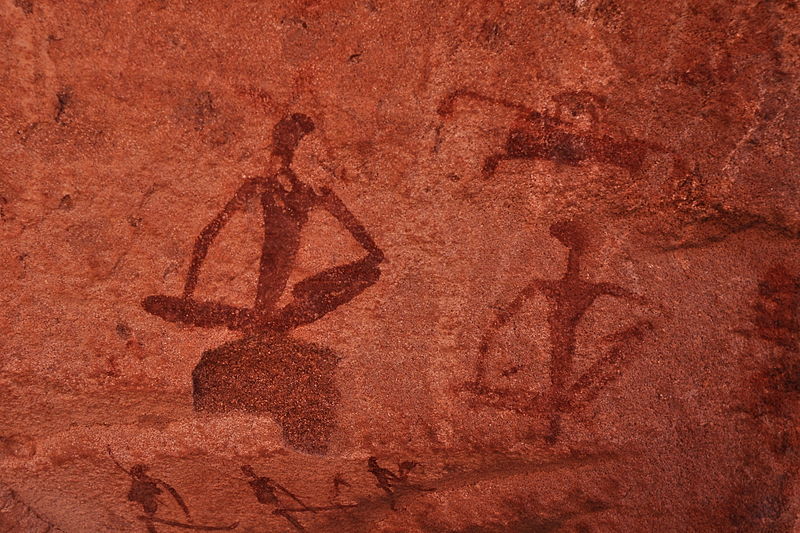 Even today, the Bushmen, also referred to as the San People, still live as hu  nters and gatherers in the Kalahari Desert in Namibia, South Africa and Botswana. Their heartland used to be in Southern Africa. At one point in time, they probably got as far as Eastern Africa and wandered through the steppes and forests of Ethiopia. They rank among the eldest human communities. In the Tsodilo Hills of the Kalahari Desert they created unique rock drawings bearing  evidence of their highly effective artistic abilities; even as long ago as 40000 years ago. They made rock drawings and paintings, whic h were impressive and very flamboyant. The Bushmen illustrated their hunting scenes as well as their religious rituals and dances. The  antelope was particularly worshipped. It is frequently portrayed.

The first Peoples in the tropical Rainforests

The Pygmies also rank among the oldest inhabitants of the African continent as well as on Earth, just like the Bushmen. Their way of life as hunters and gatherers has barely changed for thousands of years. They are the last witnesses of a Stone Age Culture in the interior of Africa. They live in close communion with nature. The laws of the rainforest determine their rhythm of life. The men are excellent hunters; the women gather fruit, cast for fish and gather honey. They possess great knowledge about plants and medicinal herbs.