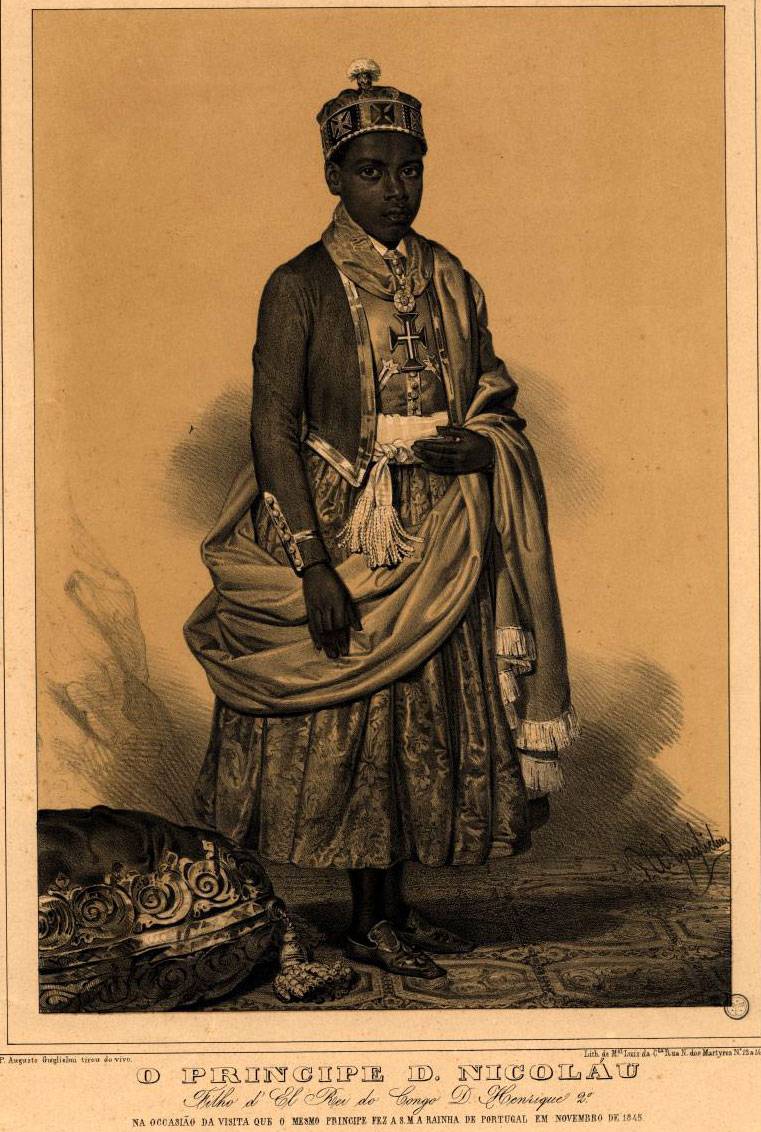 From the 14th century onwards, the Congo Empire gained in importance through trading with textiles made from the bast of Raffia palms. The kingdom extended across the Congo region of today and Angola. It was so large that it was divided into six provinces. It lasted four centuries. The founder was a smith named Ntinu Wene.

M'Banza, the Kingdom at the Banks of the Congo 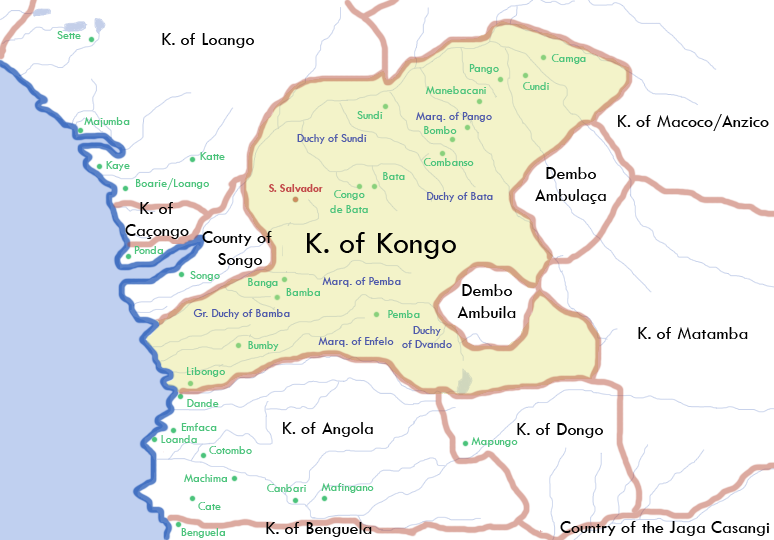 The descendants of Ntinu Wene called themselves Mani Congo, king of Congo. They were based in M’Banza Congo, a city on the border to today’s Angola. About thirty thousand subjects lived in M’Banza Congo, they settled around the presidential palace. The palace was located on a rock at the riverbank of the Congo. It was said to be huge. Visitors described it as a walled area of two square kilometres, with palisades, festively decorated shacks and inviting gardens. Only the kings had the right to forge iron and craft weapons. They were exceedingly powerful. 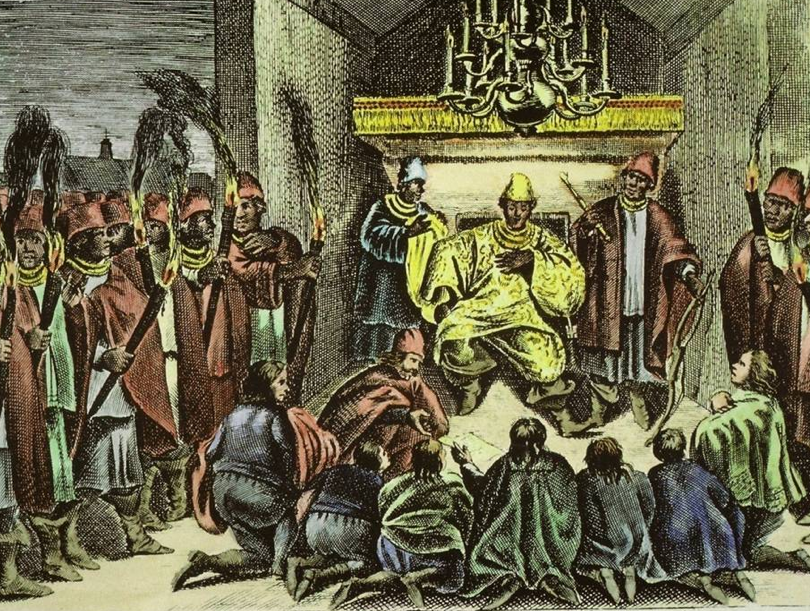 The Mani Congo sat on a throne made from wood and ivory. In token of his power he carried a whip made from the tail of a zebra, a belt draped with pelts and animal heads and a little hat made of leopard pelt. His subjects had to approach on all fours and were prohibited to watch him eat or drink. If they did, they could face death penalty. Apart from the aristocrats and ‘normal’ citizens there were slaves from war captivity, encumbrance or punishment. Similar to the ones in ancient Rome, the Congolese slaves could resume their liberty or marry free citizens. Prisoners of war could not regain their freedom. Instead, they were sold as goods and abused as manpower.

The Portuguese and French invade Congo 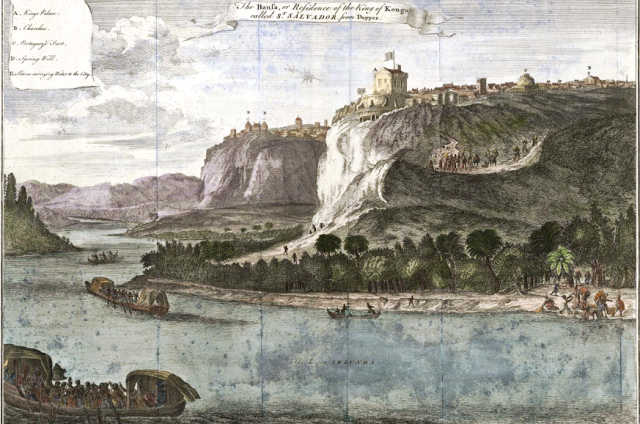 From 1480 onwards, Portuguese voyagers explored the coasts of West Africa. Diogo Cao was the first Portuguese to step onto Congolese land. He established contact with the Congo Empire due to the fact that he wanted to create trading posts there. Furthermore, the Portuguese planned to step into slave trading. You can see the palace of the Congo kingdom on the picture on the right. The fort of the Congo kings was built on a rock, surrounded by high walls.

The kings of Congo and the Portuguese governors work together 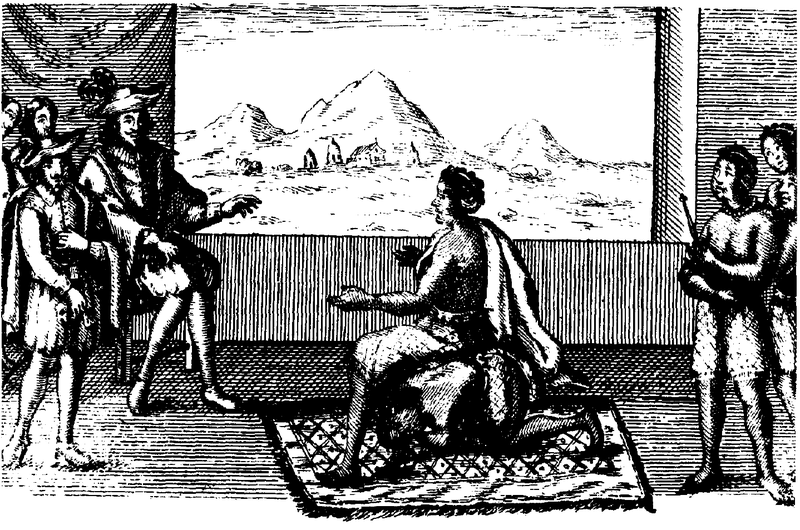 The Congo kings supplied more and more slaves for the Portuguese traders. The Portuguese had conquered colonies in South America. They then began to transport African slaves to Brazil. Why? They had subjected the Brazilian natives and had forced them to work on the plantations. But due to the harsh conditions of slavery, the indigenous people perished. Hence, the Portuguese brought millions of African captives to the New World. They were considered to be resistant workers, who were less susceptible to diseases than the Brazilian natives. On the image on the left, you can see the Queen Nzinga, negotiating with the Portuguese governor. Do you see on what she is sitting? No, it's not a chair, she sits on the back of a member of her staff. 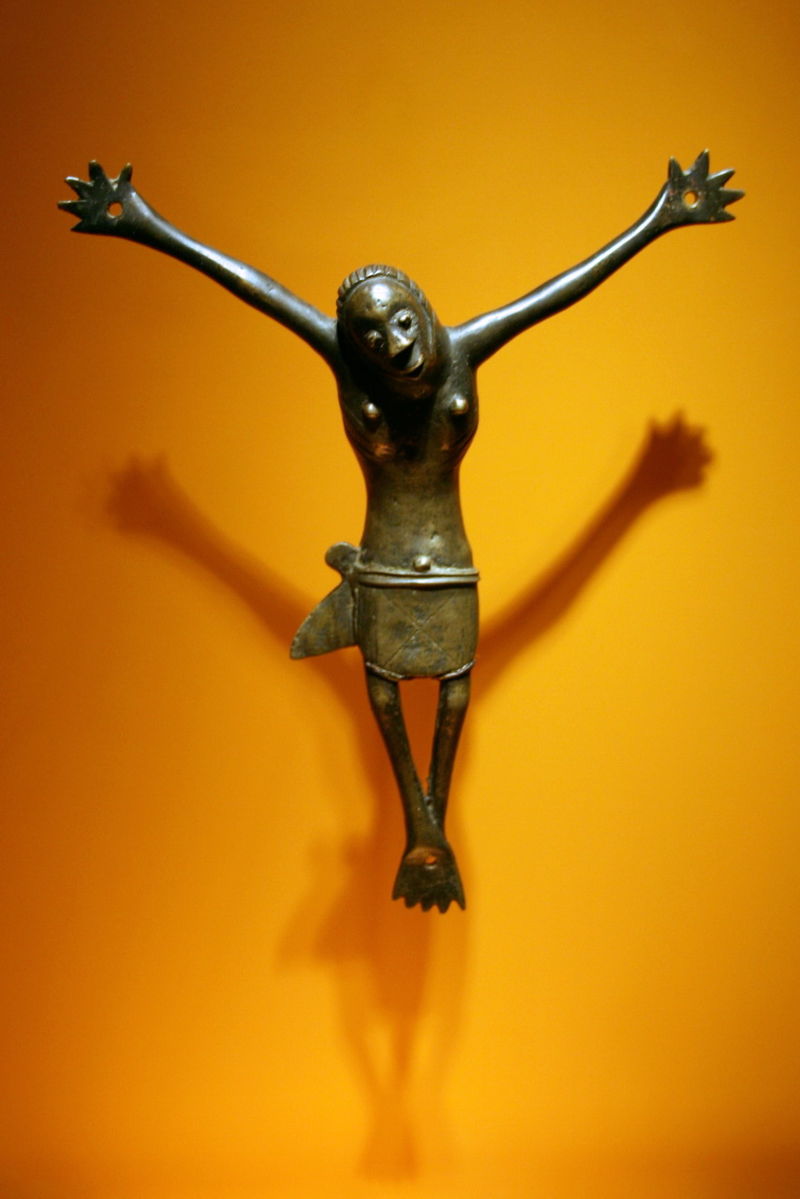 In the 16th century, the first missionaries arrived to Africa, along with the Portuguese traders. They spread Christianity among the people living close to the coast. Within a few years, they proselytised the coastal inhabitants. Alongside the rivers, they soon advanced to the interior of the country. As soon as 1506, a Congolese man, who had converted to Christianity, became King of Congo. He named himself Afonso I. Afonso I. was raised by missionaries, who trained him to act to the purposes of the European conquerors. He founded a dynasty customising to the European ambassadors and traders. The Portuguese helped the Mani Congo in organising the empire and building an army. They dispatched missionaries, who built churches and schools. The population rejected the new religion. But they had no say. Even worse: the king supplied the Portuguese with slaves in exchange for his empire’s modernisation. When the Portuguese demanded more and more slaves, Afonso expelled them from the country. The Portuguese were out for revenge. In the Battle of Mbwila 1665, the Portuguese army defeated the Congolese army. The once powerful Congo Empire perished and Portugal seized control of the country.