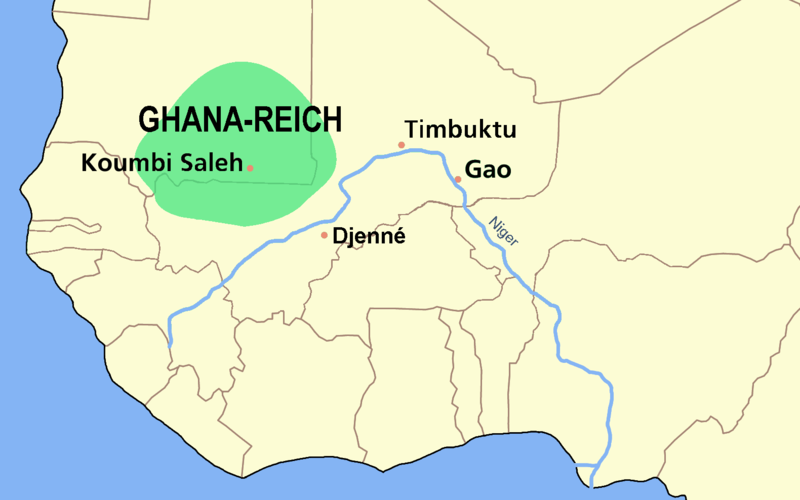 The Ghana Empire was located in the center of West Africa, between the Mauretania and Mali of today. "Ghana" was actually the title given to Wagadugu kings. First indications of Ghana date back to around 400 AD. The kingdome became a prevalent power in West Africa between the 9th and 12th century. It was the first kingdom of the west African savannas. 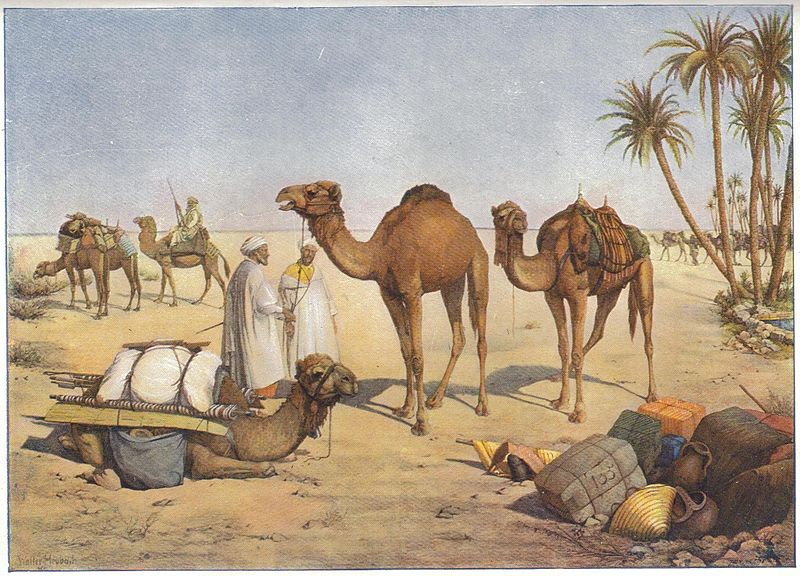 How did the kingdom of Ghana come into existence and why did it became one of the richest empire in Africa? Medieval Ghana literally sat on a gold mine. The land's abundance of resources allowed Ghana's rulers to engage in years of prosperous trading. The kingdom become a leading force in the trans-Saharan trade network. Ghana’s kings created a huge army and controlled the trading routes. Everyone, who wanted to make use of them, had to give part of their goods as toll. The king of Ghana is believed to have commanded an army of 200 000 men to defend his trading routes. At its peak, Ghana was bartering gold, ivory, and slaves for salt from Arabs and horses, cloth, swords, and books from North Africans and Europeans.

The decline of Ghana

Ghana kings had become the richest men in the world. Foreigners reported that their dogs wore golden collars, and their horses slept on plush carpets. In the 13th century, however, Ghana lost control over the trading routes. Cut-off from international trade, the kingdom was vulnerable and unable to prevent defeat. In 1240 C.E., Ghana was absorbed into the growing nation of Mali, which would soon become the next great empire.

Did you know?
Only from the second century onwards, camels existed. Once they had learned how to tame the camels, more goods could be transported through the desert. At that time already, the Kings of Ghana had recognized that dominating the trading routes was very profitable.

Every child in modern-day Ghana knows the tale of the really cunning spider Anansi. How could a spider become so popular with narrators and listeners? You might guess the reason by looking at the top of the map, where you can find all the trading routes. Ghana is located in the middle of all the routes. Like a spider, the kings guarded the trading routes and charged a fraction of the goods that were transported through the Sahara. They only had to station their armies at the trading posts. Really clever!

Read a fairy tale about Anansi