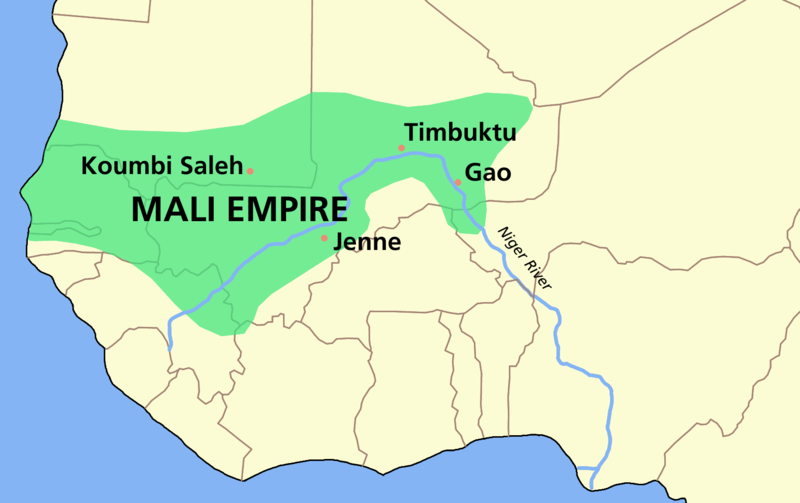 The Mali Empire extended from the Atlantic Ocean to the center of the Sahelian zone. The empire’s lifeline was the river Niger. It extended on the southern end of the Sahara. Here ran a trading route transporting goods from Egypt, Nubia and from the Mediterranean Sea to West Africa. Gold from the mines in southern Africa, pelts and slaves were transported up the Niger to Gao and Timbuktu to be traded for salt, valuable fabrics and spices from the North and East. Capital cities of the empire were Koumbi Saleh, Timbuktu, Jenné and Gao. 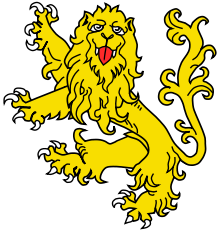 The Malinke people were hunters, who had converted to the Islam. They lived on the southern border of Old Ghana. Their leaders built a princedom. Soon they came to be a big rival of Ghana. The Malinke leader was the legendary lion king Suniata Keita. He defeated the last king of Ghana in a big battle. The Malinke Empire grew to be larger and more powerful than Ghana ever was. The Malinke people seized control of the goldmines in the South and the salt mines in the North. Thus, in the 13th century, Mali developed into the wealthiest trade center in the world. Their leaders practised the Islam.

Mansa Musa, the wealthiest Man of his Time

Mansa Musa was the grandson of Sundiata Keita. Mansa means king of the kings. He ruled from 1312 until 1335. Mansa Musa was known beyond the borders of Africa. He probably possessed the most gold in his time and was said to be the wealthiest man on earth. Even on today’s terms he would be richer than Bill Gates. Mansa Musa had seized control over the gold trade. He determined, that it was only allowed to trade with gold dust. He kept the gold nuggets to himself. That is why, on the picture on the left, you can see him with a gold nugget in his hand. On his pilgrimage to Mekka he permitted so much gold to be distributed that the price for gold decreased globally. Even his subjects lived in prosperity. The slaves working in the goldmines were released after the expiry of a certain time limit. The city Timbuktu at the edge of the Sahara desert became the centre of Mali. Here, a big scholar and knowledge centre came into being.

The beginning of the Griots

With Sundiata Keita’s reign the rise of the Griots, the storytellers, began. They proclaimed the glorious victories and heroic deeds of the Lion King. Ever since then do we know more about the history of West Africa. Griots were able to play several instruments including the balafon and the kora, the African harp; they could sing and had thousands of stories on their minds.