The region, which is today called Algeria, has been conquered by all the great powers of the ancient times, such as the Phoenicians, the Roman and the Ottomans.   These great powers were only interested in the fertile and easily accessible coastal area. They established harbours and expanded these into large cities and city states, from which they could control the trade in the Mediterranean Sea. 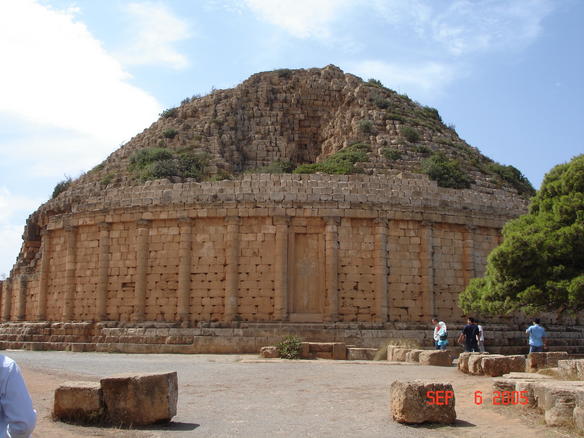 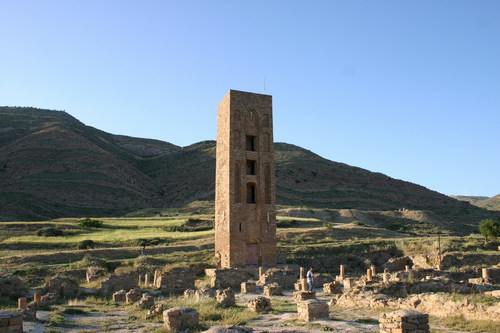 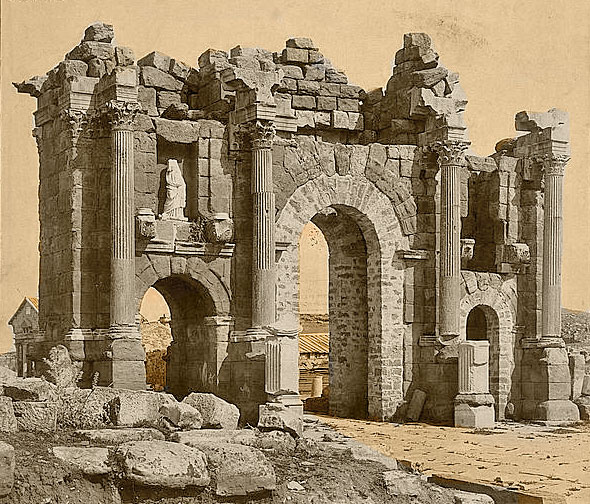 Each great power left traces behind, a few of which even today are still preserved. In Tipaza, you can  admire the structures of the Phoenicians.In Timgad, you can visit the ruins of the Roman triumphal arches of Trajan.

Islam has found its Way into Algeria 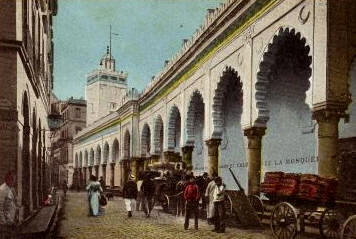 In the middle of the 7th Century, Arabs advanced into the Algerien region. They named the country west of Arabia 'Maghreb'. By 697, they had conquered a large part of the country. The Berber people had no other choice but to accept Islam as their own religion. But most of the Berber people didn't give up so easily. They resisted the Arabian conquerors. The people in the Atlas Mountains were successful and could hold off the invaders, but others fell under the control of the islamic conquerors. Mosques were built as a symbol of the new rulers. The Minaret in Kanaa beni Hamad, the city which was once an islamic fortress city, is evidence of the Arabian campaigns of conquest. It was built in 1007 by Hammad, the son of the founder of the Hammadid dynasty. It must have been massive, as the city wall alone had a circumference of 7 kilometres! Travellers in the 11th Century described it as a 'centre of trade, which all caravans from Iraq, Egypt and Syria were drawn to'. In the 12th Century, the city was extensively destroyed.

Barbary Pirates united with the Ottomans

At the beginning of the 16 th Century, the Spanish tried to gain a foothold in Algeria. Barbary pirates had taken hold of the Algerian coast. Together with the tribal chiefs of the Berber people, they sought protection by the Turks. They offered up their region to the sovereignty of the Ottoman Empire, which won them the military assistance of the Ottoman Empire and together they were able to d ispel the Spanish. From  then on, the Berber people and the Barbary pirates had to pay tribute to the Ottoman Sultan.  The Barbary pirates controlled more a nd more of the Algerian coast. Their goal was European merchant ships, which they attacked and looted.  The Barbary pirates wanted luxurious goods and slaves. Prisoners were only freed after being ransomed for high amounts, like the Spanish poet Miguel de Cervantes, or made into labourers and resold. 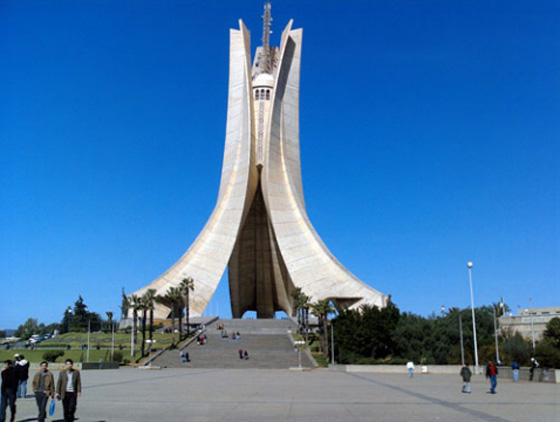 At the beginning of the 19th Century, England and France began to pressure Algeria.  The piracy had created more and more damage to the European trading companies. The Europeans fought the Barbary pirates with huge naval fleets and started naval  battle after naval battle to win control of the much sought-after Mediterranean area. The Barbary pirates couldn't do anything against this concentrated power and had to retreat. French troups advanced into the interior of the country and conquered the whole of Algeria. In 1839, Algeria was declared a French colony.The country was subjected to French administration, taxes were raised and the natural resources were exploited. The Algerians fought many battles against the terrible exploitation of the French, but the occupation lasted over 130 years. After a long, costly war, Algeria was able to rid itself of foreign rule. Algeria gained its independance in 1962