It takes a whole village to raise a child, says an African saying. 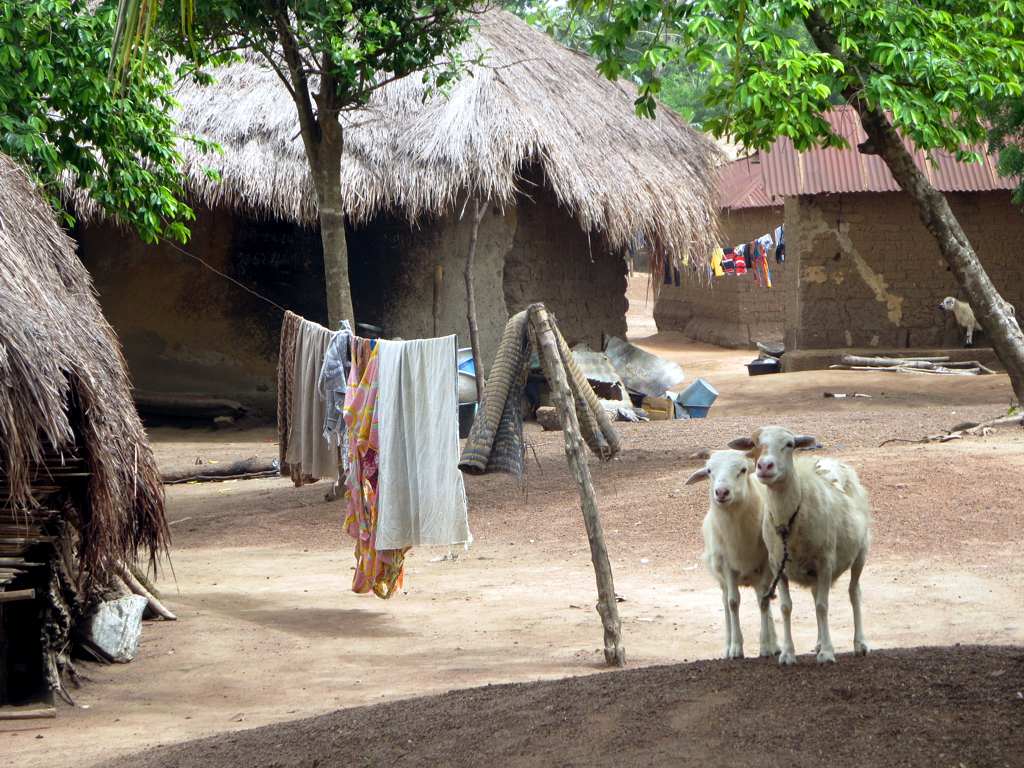 An African village consists of a settlement of several families. The settlement either is either located close to a river or stream, or at a well. The families are made up of twenty people or more so that one settlement has a population of about a hundred or more people. The farmsteads of the individual families seem like little villages themselves. Terrace houses are aligned along a circular exterior wall, while on the inside granaries, a cooking area and stables are situated. Every family owns a field, which often is cultivated in the traditional way with a pickaxe. Vegetables, grains and fruits are grown for their own needs. Whoever can afford it buys an ox to make field work easier. Life is very simple and is determined by rainy and dry seasons. Seeding begins at the end of the dry season; therefore, there’s a lot to do at that time. The harvest takes place at the end of the rainy season, and everyone has to help, even the children. Afterwards, a thanksgiving is celebrated with home-brewed beer, millet- and grain dumplings and a holiday roast.

An African village is arranged like the human body

Typical for a west African village are the straw-covered round huts. They are built from clay, which is why it’s nice and cool inside. The huts are not randomly arranged but according to a plan. In west Africa, the human body is the model for the village. The hut of the eldest is the head, the shoulders are the huts of person of high standing and the ribs, arms and legs are shaped from the dwelling places of the rest of the families.

The village square belongs to the big and the small

The village square, the “stomach” of the body, lies in the middle. Children play in the shade of the trees. In the evening, the elders hold their conventions and discuss difficult decisions. This is where celebrations and religious rituals are also held. The Apatam is a place which is reserved for women only. It’s a kind of pavilion made of logs and a straw roof.

The village retains the history of the ancestors

In West Africa, the history of a village is ascribed to those ancestors, who founded it. In the past, only families with common ancestors were allowed to live in it. Today, people from different ancestries live in one village. However, the rules are still the same as those from a hundred years ago. The village elder is a kind of mayor. He controls the fate of the village. Hereby, he is advised by the family elders. He distributes the fields and the seeding material among the families and makes sure the coherence of the community is upheld. When a fight comes up between the families, he decides what to do.

A Himba village in Namibia

The Himba people live in Namibia, in southern Africa. The Himba people live from livestock. They own cattle, goats and chickens. The more animals a family owns, the more respected is it. The Himba people fled from the belligerent Nama people into the desert regions of Namibia, where they adapted to the hars conditions. Living in secluded villages they were able to preserve their culture. The centre of their faith is fire. Through fire they feel connected to their ancestors. That’s why the flame must never go out. Every Himba village has its own sentinel of the fire. Whenever a village community moves on, the sentinel rushes ahead with the flame to ensure that the community is welcomed by the ancestral fire.

Market Day is a big Event

Market day is exciting for all villagers. On the market, people from the surrounding regions meet. They exchange views, deliver news and carry on trades with the most diverse goods. They buy and sell vegetables, fruits and crops. For animals there is the animal market. Basketwork, pots, tools, and fabric can also be bought on the market. The markets are always colourful, because Africans value colourful clothing. 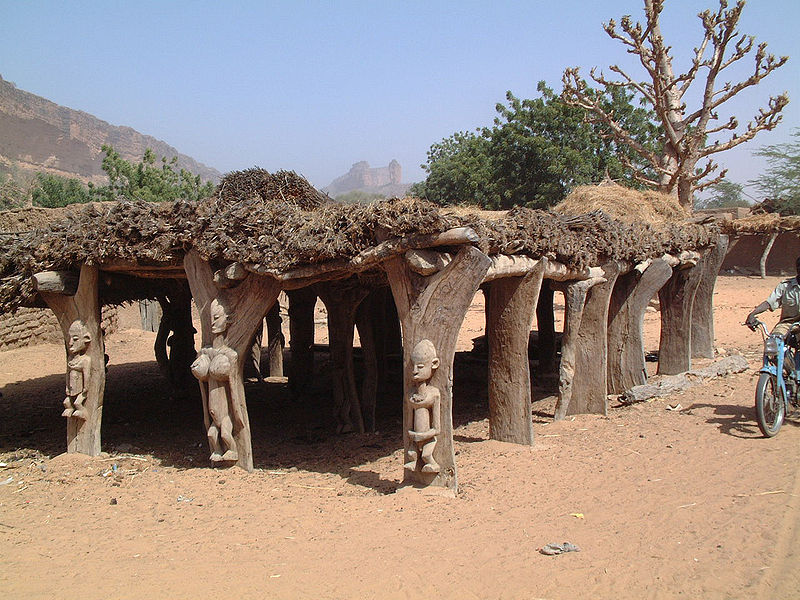 What would an African village be without a palaver hut? The hut belongs to the community. It is the place, where problems and conflicts are discussed and resolutions are passed. Also law cases are resolved here. The Dogon people have a special form for their palaver hut. It is built especially low, so everyone in it has to bow. That is how it would be, if all our members of parliament had to give their speeches and debated in a bowed position. The experience has taught the Dogon, that the opponents would not attack each other that fast, if in this bowed position. Because, who would fight each other bent down or on their knees? Clever thinking!