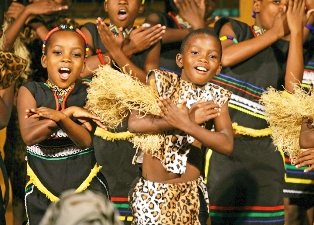 Music is one of the most fascinating expressions of African culture. With traditional and popular music people express their feelings and hopes. African music is part of community life and school life. It is very common, to sing songs and dance together in groups. Parents know a lot of lullabies, to help their children come to sleep. This beautiful lullaby is sung by the Ghanaian singer Adjiri Odametey, who is singing in his native language Ga. It is about a child, who won't fall asleep since his parents are not at home. Adjiri is accompanying the song with a mbira, a simple sort of piano, that is played with the two thumbs. That's why this instrument is also called thumb piano. 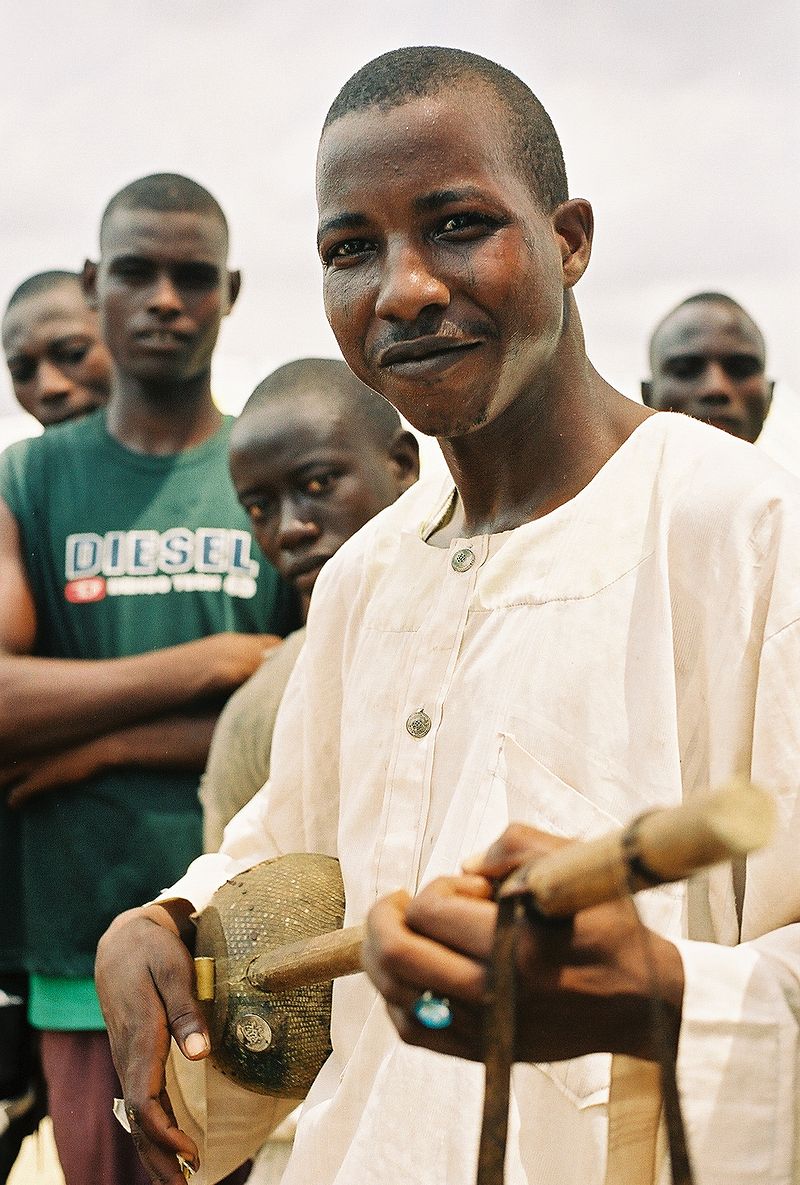 Almost every African man, woman and child can play an instrument or sing songs or dance. The “call and response” songs are sung while the people work in the fields to make their work easier. In the evening when the people gather around the fire, they tell stories and sing songs. In the night the parents sing their children to sleep with soft lullabies. African people who once have been taken as slaves to the Americas, contributed the traditional “call and response” songs to American culture. Some African instruments are similar to those instruments we are used to play, but some are really different. The man on the right is a griot of the Hausa, a people living in West Africa. He is playing the kora, an instrument, you will only find in Western Africa.

Different kinds of instruments are used in different parts of Africa. But drums are used everywhere on the continent. Though they sound quite different, depending in the region the drums are played. Perhaps you already have played a drum. But have you already tried to play a xylophon? In Africa it is called balafon, and it is made of quite different materials than the instrument we play. Let's find out more about African instruments, and let's listen to their beautiful sounds.

It is said that the heartbeat of Africa is the beat of the drums. They can be hard oll over Africa, and everywhere they sound different. The reason is, that they are built on different materials and used for different occasions. Most of the Drums are made of Wwod with skin heads and leather thongs. Drums are played just to enjoy music at a festival,drums are also played to communicate. In some West African communities news are communicated with a certain rhythm of the drums. They send messages of happiness, sorrow and war to other tribes through the beating of the drum. They are called "Talking Drums" because they can produce a wide range of pitches including high female sounds and low male sounds by squeezing the drum. Here the sound of the Congo, played by the Ghanaian musician Adjiri Odametey. 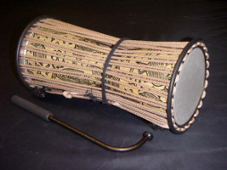 The drums are also a prelude to stir excitement and passion in warriors about to do battle. Those drums are called "warrior drums". Some historians say, that the Zulu worriors have won the battle against the European immigrants because of their wild drummers. Nowadays, the Burundi worrior drummers are the most prominent African drummers. The sound of their drums is just magic. By the way, the biggest African drum is found in Guinea, it has a diameter of 2 meters.

Shakers and rattles play a big role in traditional African religions. They may call spirits in sacred ceremonies or emphasize the words of important people. In more modern societies though, kids use them as toys. An absolutely fascinating instrument is the balafon. It is made of wood and calabash. Oral histories of the balafon date it to the rise of the Mali Empire in the 12th century CE. Balafon is played in countries of West Africa. Similar instruments are also played in Central Africa, with the ancient Kingdom of Congo. 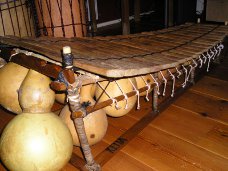 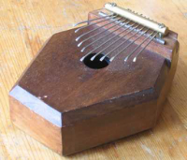 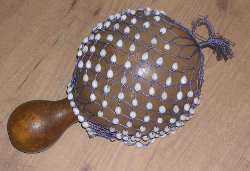 We are used to think of African music as of drums and other rhythmical instruments. But this continent is also full of melody created by flutes and fiddles, harps, lutes and whistles.

The Fulani live in the mountains of Guinea, a country in West Africa. The Fulani herders are well known for their beautiful melodies, they play with their flutes. Hear this song by Bailo Bah and Sylvain Leroux, members of the group Fula Flute. All rights reserved by Fula Flute Music.


A very special instrument played in West Africa is the kora. It is played by the mandinka people. The Mandinka harp is built from a large calabash cut in half. It is covered with cow skin to make a resonator with a long hardwood neck. It is not easy to play with its many strings. Kora players have come from griot families, who are traditional historians and storytellers who pass their skills on to their descendants. 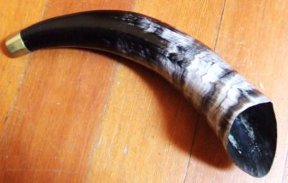 Hear the kora, played by Yusupha Kuyateh, a griot from Burkina Faso. 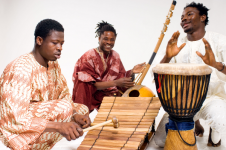 Everywhere in the streets of African villages and citys, music is in the air. On every corner a band is playing, music comes from the busses and cars or from the loudspeakers of the bars and restaurants. You can hear Pop Music, Jazz, Hip Hop or House Music. Almost all musicians play modern instruments as well as their traditional instruments. They play old songs and combine it with modern Pop. The mixing of the various styles often is simply impressing and astonishing.

This song ´"Noko" is from the album Etoo by Adjiri Odametey. Adjiri is singing the song in Ga, his Ghanaian language. The song is about hope and self-confidence. Just listen to the beautiful sound and you will understand its meaning without words.
All rights reserved by africmelo records and Bayla Records/Galileo Music Communications.