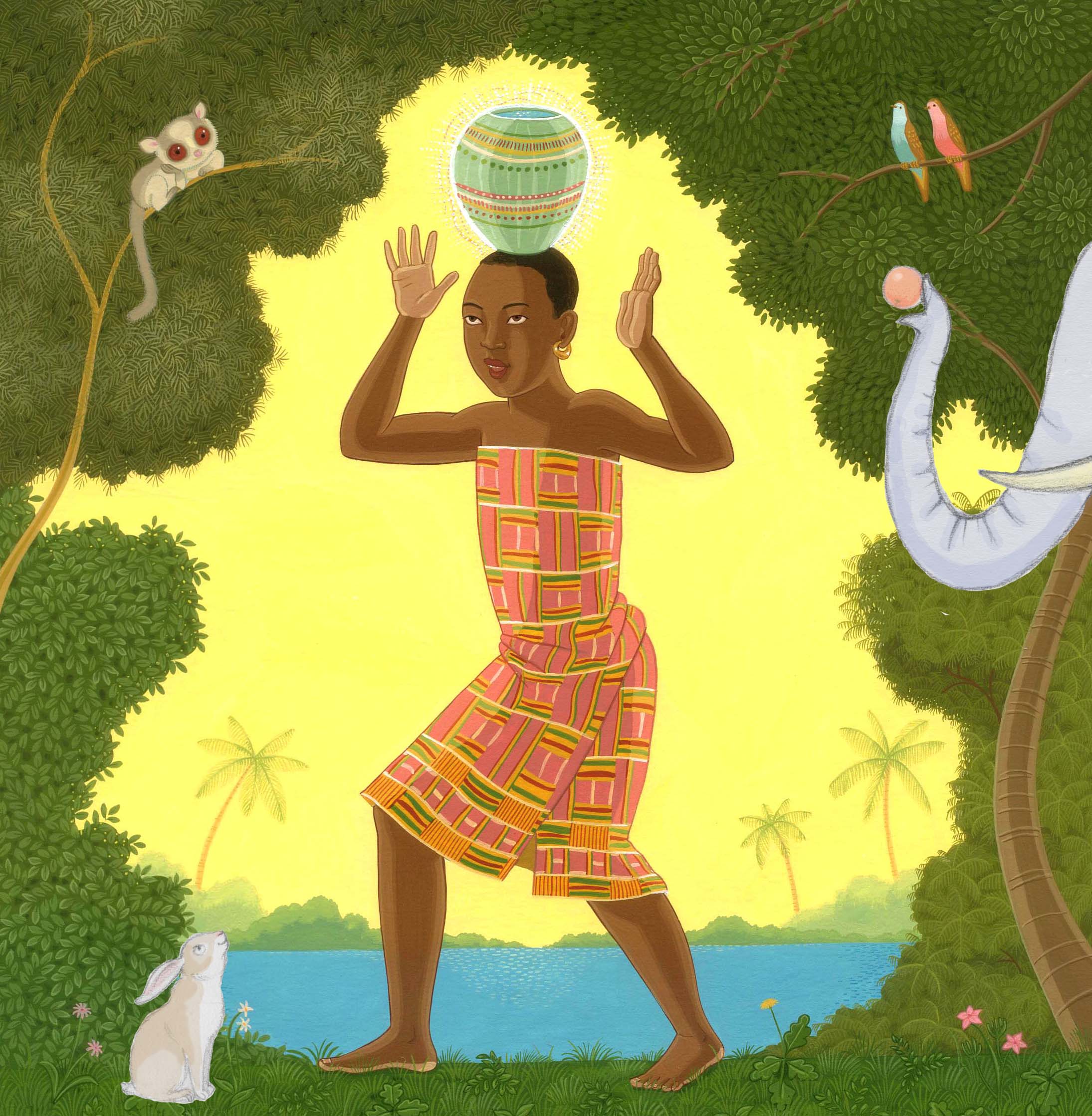 Folk Tales on the Animal Kingdom

An evil shark, a cruel baboon, a scheming tortoise, and a cunning hare are the tricksters among the many animal characters in African stories. Nick Greaves has collected some of these tales in his book "When Hippo was hairy".

The Hare and the Lion

Why the Bat flies by Night

Tortoise with a Pretty Daughter

Some of the African folk tales tell about old kingdoms, about chiefs and princesses. The stories usually don’t end with the words we’re used to hearing – “and they lived happily ever after.” More often, they teach a lesson – and the hero has to learn the lesson the hard way.

The Queen of Sheba

Anansi, the tricky Spider and other fairy Tales from West Africa

You surely know Spider Man, the guy who climbs sky scrapers. Did you know, that the story of spider man is originated in West Africa? Hundreds of years ago African people were deported from Africa to America  as slaves. They took with them nothing but their music and their stories. The most prominent were the Anansi stories which have been handed down through generations.

How Anansi got his Stories

Anansi and the dispersal of wisdom

Why the Sun and the Moon live in the Sky