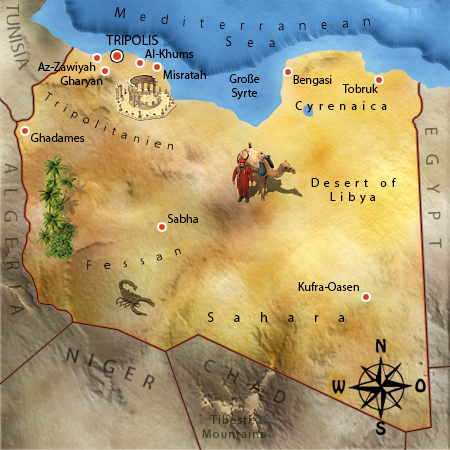 Hello, welcome to Liberia, the amazing country on the Atlantic Ocean!

Liberia means land of the free. In the 19th century African American slaves returned to Africa and settled down in Liberia. Their homeland became a symbol of hope for the independence of Africa. 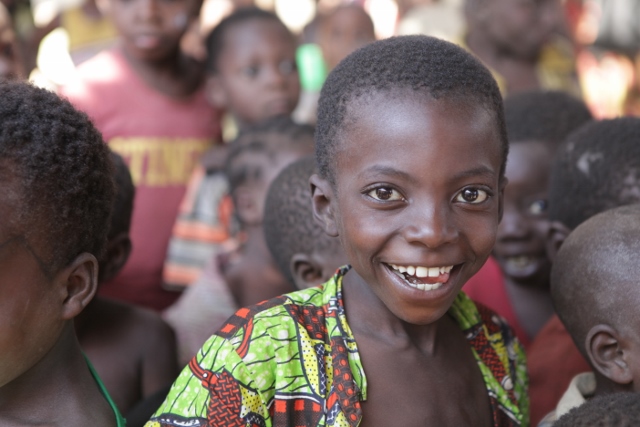 Libera has a beautiful coastline at the Atlantic Ocean and tropical rainforests.  Liberia is surrounded by  Sierra Leone and the Ivory Coast. There is a long scenic coastline to the Atlantic Ocean in the west. Small fishing towns have developed into large cities near the many estuaries.

For comparison: The republic is about half the size of Great Britain, but it only has four million inhabitants.

Most of the country consists of plateaus with tropical rainforests. A rich network of large and small rivers shapes the land. Original rainforests still grow near the coast.The coast is lined with beautiful mangrove forests. The further you go into the country, the dryer and more savannah-like it gets. Since Liberia is so close to the equator, it is very hot and humid. 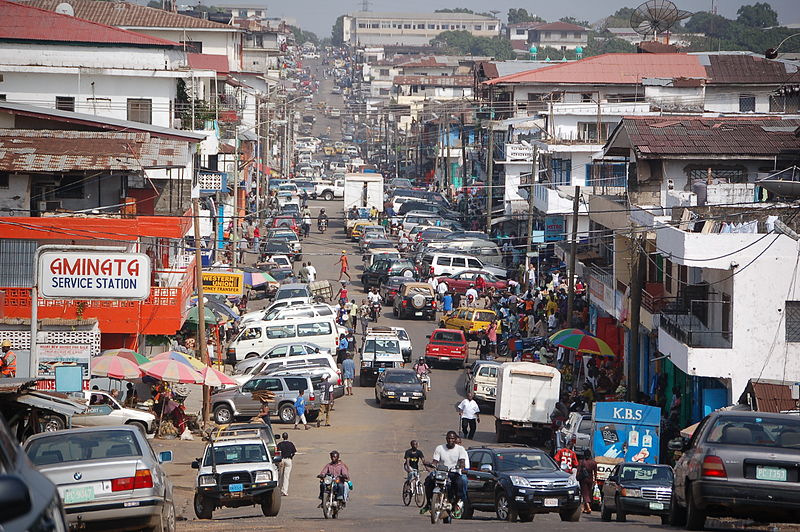 Liberia’s capital Monrovia is on the coast and was founded by the Portuguese in 1560 as a trading post. Since the 19th century, it has developed into an important intersection for maritime traffic. In 1821 the first freed slaves from America arrived at the port of Monrovia. They were descendants of the slaves that were originally deported by European tradesmen into the new world. One year later, these descendants renamed the city to Monrovia, to honor the American President James Monroe who had supported the settling of the former slaves in Africa. About 1.7 million people live in Monrovia today. It is most known for its large Waterside Market and its seaport.

Liberia is a multiethnic state with a wide range of immigrated Afro-Americans and 16 different African peoples. The Mande and the Kru peoples are the two main groups. English is the official language but 16 different tribal languages are spoken. The coastal inhabitants tend to be of Christian belief, while the traditional African belief is widely spread in the heartland of Liberia. They are called Animists. Liberians celebrate their Independence Day on the 26th of July, which is also a national holiday.

Most Liberians can read and write. Schools are rare in the rural areas therefore most children have a long trip to school. Girls are raised very traditionally in the rural areas, they have to stay at home and help while they are prepared for marriage. Liberia’s government stresses that girls are irreplaceable for the country. They promote education for girls and set up a free basic primary school system. The success is overwhelming. The amount of children that goes to school has doubled since then. However, the quality of the schools isn’t as good as it should be; they’re usually too small for the amount of children. Often the teachers aren’t very well trained either. 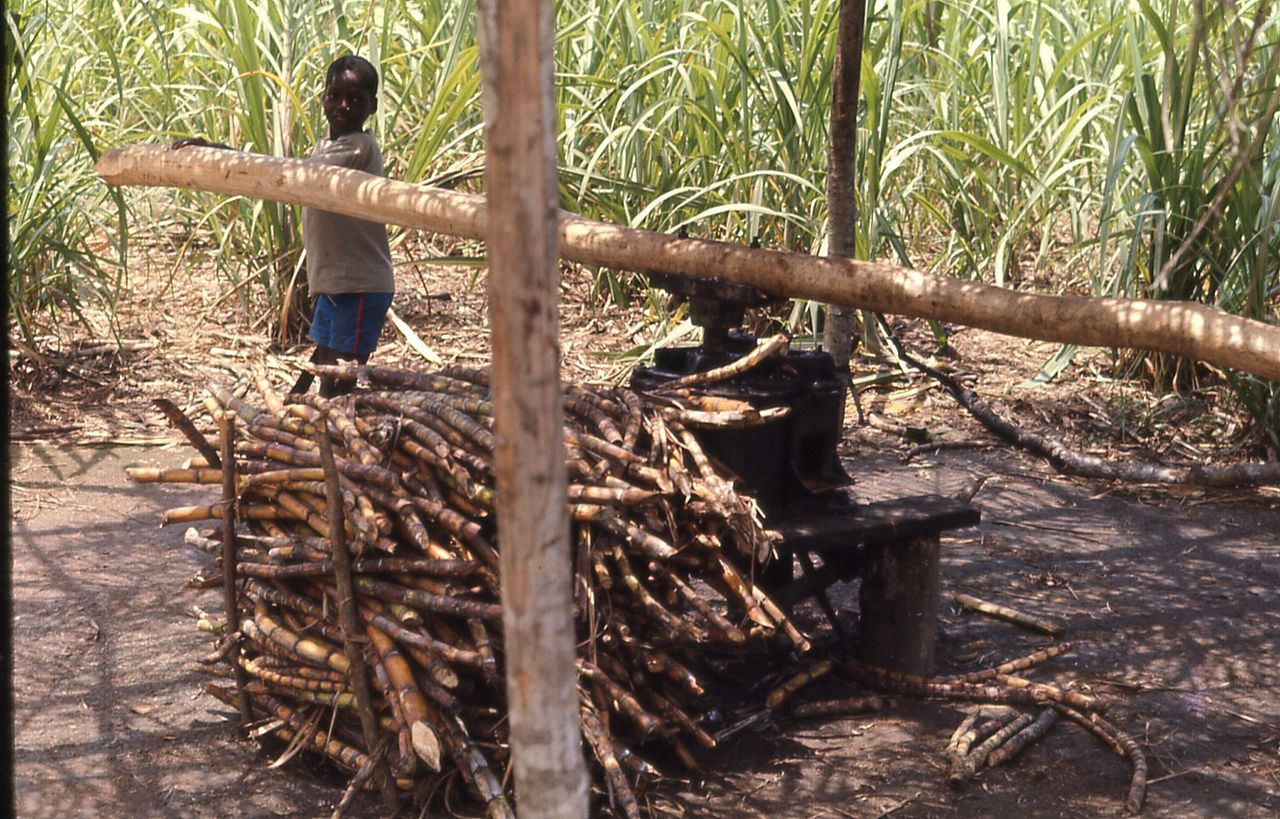 Liberia is currently still one of the poorer countries of the world. Half the population lives of off less than 150 Euros a year. And that despite the fact that the soil is fertile and suited for crops. There would be enough water because of the many rivers flowing through Liberia. Yet the infrastructure is not so good. Many roads are almost unusable and only few areas have electricity. Unemployment is very high. Liberia has good prospects to develop. It has lots of valuable resources like natural rubber, iron, gold, diamonds, and wood. The government’s goal is to make Liberia independent from development aid.

West Africa is known for its colorful markets. The Waterside Market in Monrovia is especially impressive. It’s close to the Ocean, huge, and can barely be topped in terms of colorfulness. You can buy almost anything! From fruits and vegetables to clothes, cell phones, cars, appliances, tools, and all kinds of art and jewelry. The National Museum in Monrovia, the Sapo National Park, and the beautiful Lake Piso in the northwestern part of Liberia are some of the attractions the country is well-known for as well. 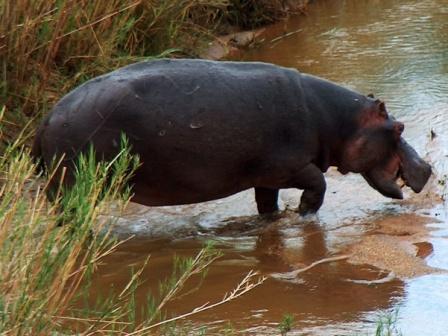 Liberia only has one national park, the Sapo National Park. The park is about 1,400 square kilometers large and offers sanctuary to a tropical rain forest and a large swamp. Many birds and birds of prey nest here, including the Osprey and the African grey parrot. Forest hogs, warthogs, and the endangered pygmy hippo, which is akin to the wild boar, live in the forests. Star shaped trails through the woods indicate that there are forest elephants living here as well. Forest elephants are smaller relatives of the elephants that roam the savanna. There are many different types of monkeys currently living in the park too. You can find antelopes, lions, leopards and other predators. Many people lived off of hunting during the civil war. By now, hunting chimpanzees is forbidden; hunting the endangered hippopotamuses is still legal though. The natives love the hippo’s not only because of their meat, but also because of their pretty teeth that can be formed into necklaces.

The earliest proof of human colonization dates back to the Neolithic era. People from the north settled further south near the savannahs where they could hunt and breed cattle. In the 18th century the area was incorporated into the British colonial empire. American people who fought against slavery bought a part of the coastal line in 1822 for freed slaves to settle on. The area was named Liberia, which means land of the free. Liberia became independent in 1847 and was thus the first independent state in Africa. The native population felt betrayed, for the newcomers had gotten land that the natives felt was entitled to them. The former slaves were also politically educated and soon formed a new elite. They filled the best positions in politics and the economy and thus came to riches quite quickly. It was only a question of time until conflicts would arise. 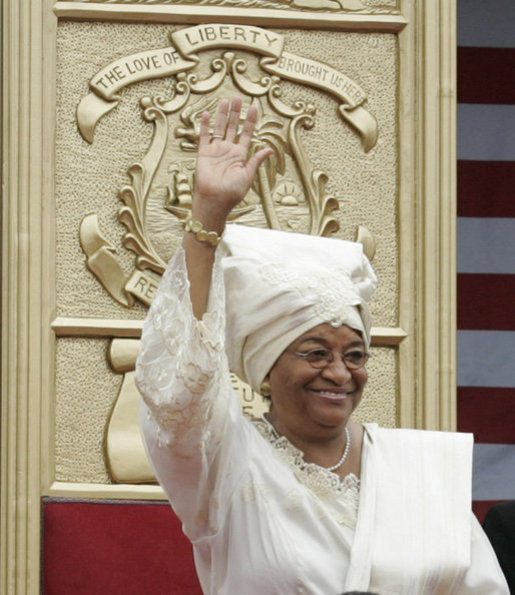 Liberia is a presidential Republic with a senate and a house of representatives. The head of state is elected for six years. Since 2006 Ellen Johnson Sirleaf governs the country. She is the first female black president in Africa. She has big problems to solve, including rebuilding the country, fighting corruption, and reintroducing former child soldiers into society. One of the government’s main goals is to build new schools and universities and to strengthen the ones already existing. The women and girls of Liberia have already proven that they are courageous enough to end a civil war. Now a government with women in top positions has lined up to further promote girls.