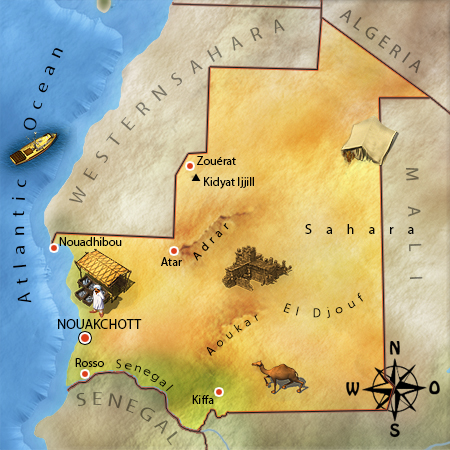 Marhaban, welcome to Mauritania, the desert country in northwestern Africa!

Mauritania lies in the north-west of Africa. It is almost completely covered by the Sahara, as the neighbouring countries of Algeria, Western Sahara und Mali are. In the south lies Senegal. In the west, Mauritania borders on the Atlantic Ocean.

For comparison: The desert country is three times as big as Germany.

A Country between the See and Sand Dunes 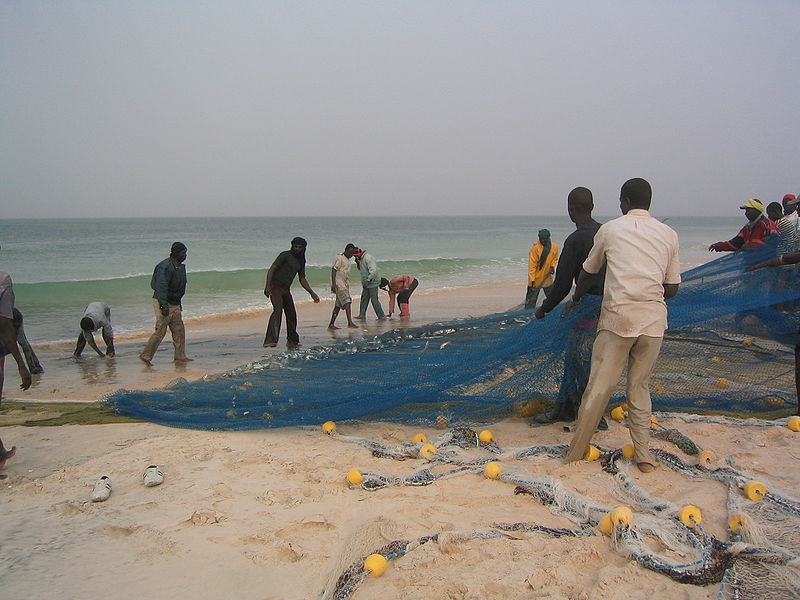 A large part of Mauritania is covered by desert and is uninhabitable. Most of the people live on the Atlantic coast or on the banks of the Senegal River. The coastline stretches over 700km. The desert occupies the Atlantic coast, which is why there are neither trees nor bush here. However, the region is still heavily populated with different bird species. The coast has a steady Mediterranean climate. In the desert, the temperatures can reach up to 57°C. There are barely any paved streets.

Nouackchott – the Capital  of Mauritania

Nouakchott was a simple fortess on the sea, surrounded only by desert. It had no wells and no fresh water. Despite all this, it was made the capital city in 1960. After 4 decades, the number of inhabitants grew from just seven thousand to more than a million. Nobody expected such a rapid development of the city. The next fresh water reserves are 70km away. How does the city today get its drinking water? With the train! From the train station, the water is transported by donkey cart. There are plans for a pipeline, but nobody knows when it will be installed. 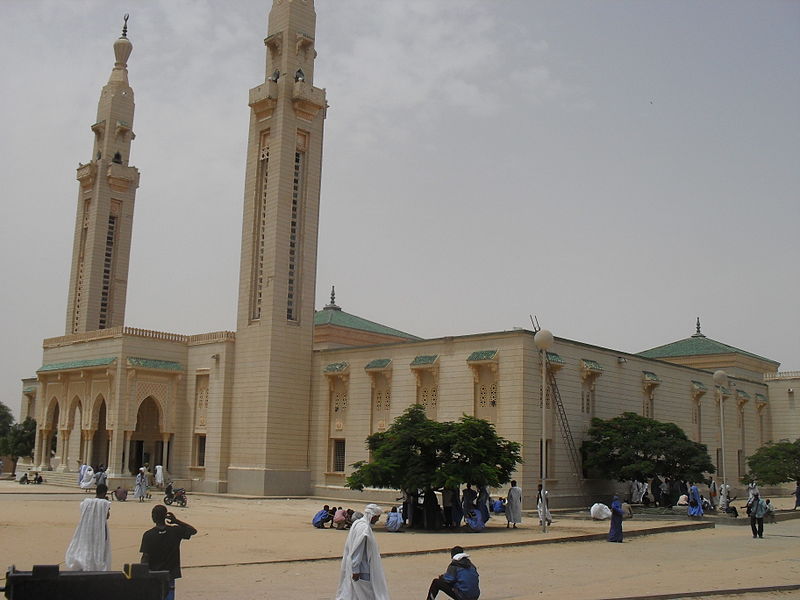 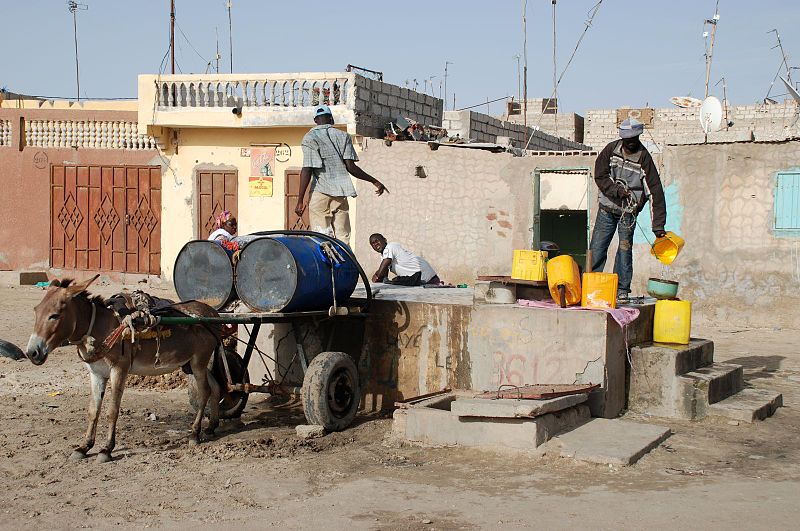 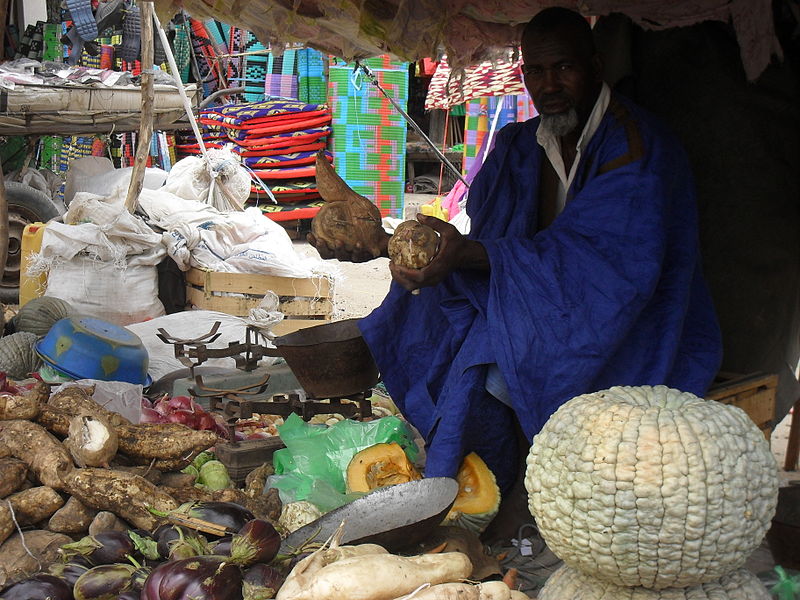 Ouadane and Chinguetti are also large cities in Mauritania – they were constructed on the Adrar Plateau in the 12th Century. Chinguetti is 7th Islamic Holy City. The settlemnet of Oualata was very important for salt and gold trade. 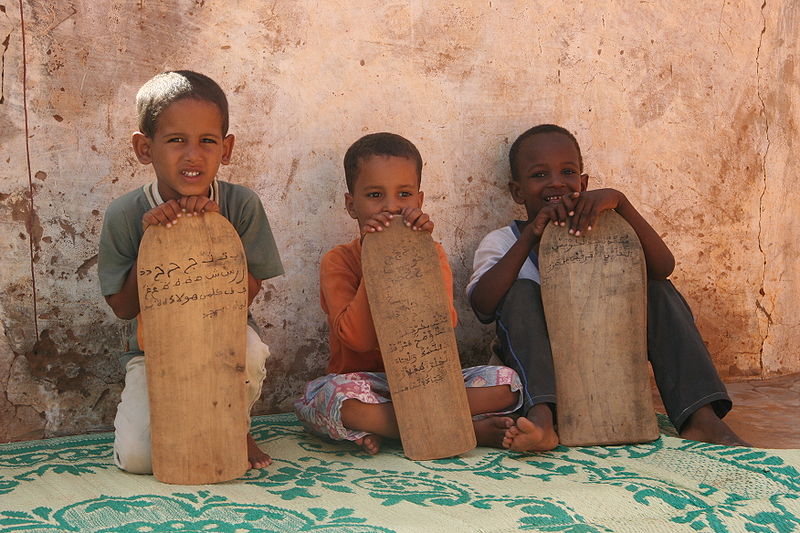 Education isn't easy for the people of Mauritania. There are a few Koran schools and there are also schools which are modelled after western ideals, but only children with complete ethnicity papers are allowed to attend school. This means that street children and orphans have no chance of getting an education, so almost three quarters of the population is illiterate. This doesn't mean that the people in Mauritania have no education, they just don't meet the requirements for a modern career. This is a disaster for the younger generation, as they want a connection with the modern world. 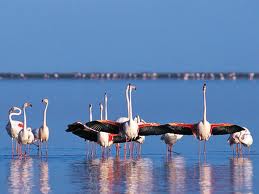 Mauritania has the inhabiants and plants of a typical semidesert and shrubland. Only insects, spiders, lizards and a few mammals, such as antelopes, can survive the long droughts. The salt marshes on the coastal land attract flamingoes. The coast itself is a true bird paradise – for this reason, the northern coastal area was made the largest bird sanctuary in the world. Over 2 million north European birds of passage make a rest stop here. You can also see many native bird species, such as the Broad-billed sandpiper, pelicanes and terns. The ocean around the island has plenty of fish and rare turtle species live there, too. The Banc d'Arguin National Park was declared a World Natural Heritage Site by UNESCO. 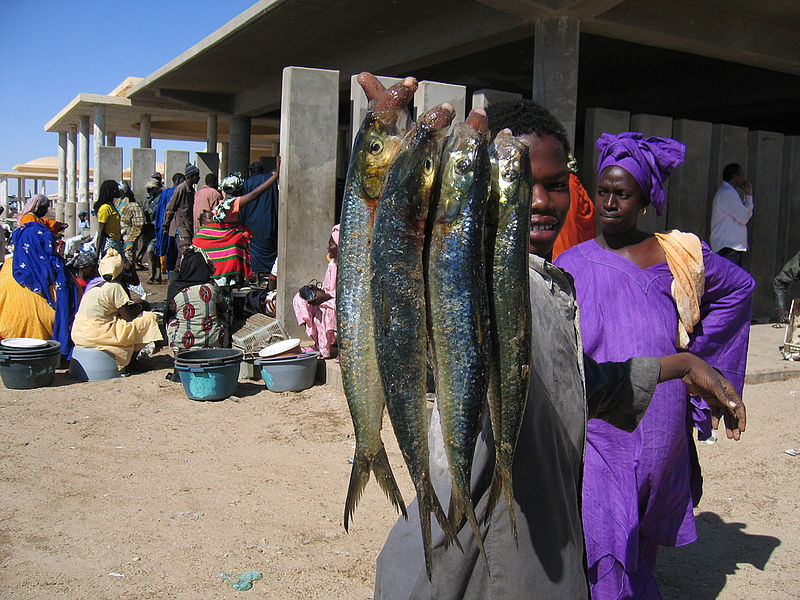 Mauritania is one of the poor countries. The main sources of income are the rich fishing grounds on the coast and iron ore, which makes up 60% of all exported goods. The country also has high gypsum reserves. Crude oil near the coastline and natural gases could ensure the country a better future, but the country doesn't have the means for oil production.

The majority of the the people in Mauritania are north Africa nomads. A lot of them used to be herders – they would move with their goat herds through the steppe of the desert. But because of the growing Expansion of the desert, most of them had to give up their nomad lifestyle and settle in cities. Giving up the nomadic lifestyle is for many not easy – a Kaima (a frame tent) often stands next to the houses, where the family lives and sleeps. The official language is Arabic, but most speak  Ḥassānīya, an Arabian dialect. 20% of the population are black Africans – they live mostly in the south and work as farmers or employees in inferior positions. Until 1980, slavery was legal in Mauritania, making it one of the countries which had slavery the longest. 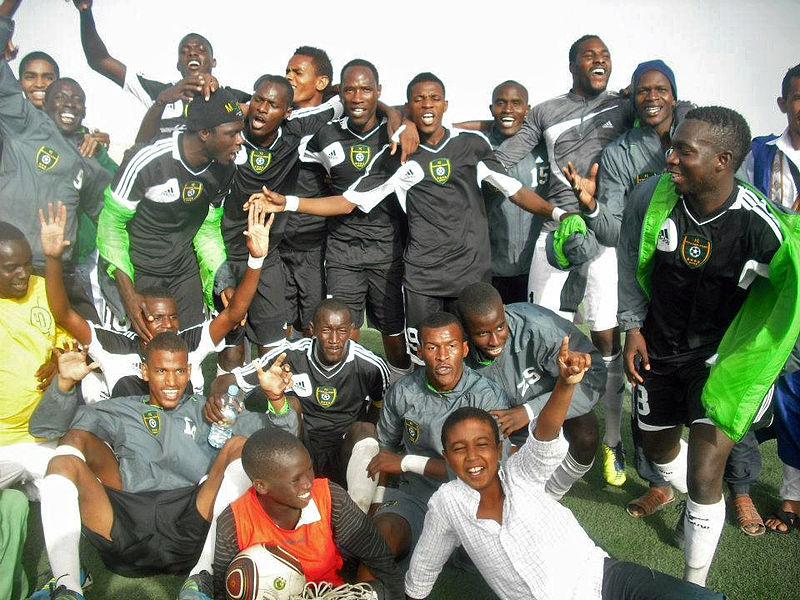 Mauritania gained its independence on the 28.11.1960. This day is celebrated with huge military parades. The feasting month of Ramadan is adhered to by almost everyone in Mauritania. The Eid al-Adha, the Islamic Feast of Sacrifice, is an important public holiday in the North-African country.
During football games, the entire young male generation  is out and about. Each game is celebrated as if it were a folk festival. 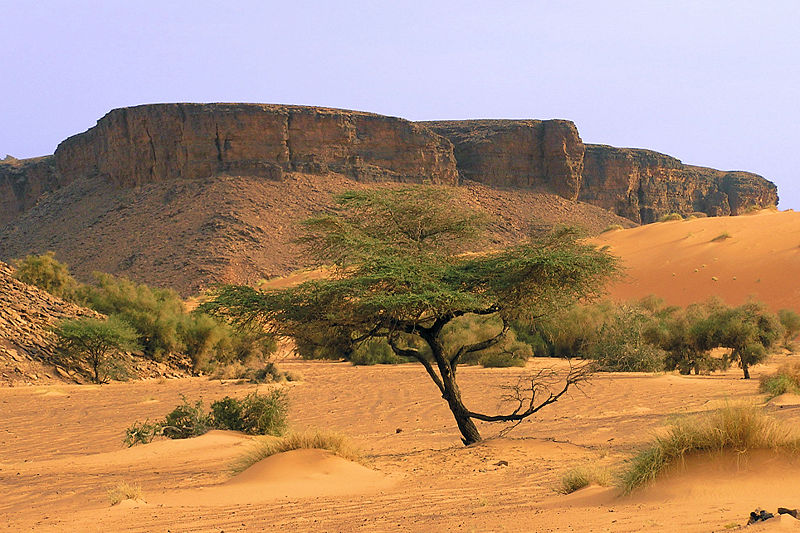 The first traces of a settlement in the area are from around 10 000 BC. The name 'Mauritania' comes from  the Arabs and the Greek and means 'dark'. The Arabs called all dark-skinned Berber folk in North Africa, 'Moors'. The Moors brought Islam to West Africa. Some of the Berber tribes fought against each other, but one tribe was able to gain control of the area. This tribe called itself Almoravids. They were radical Islamic warriors who conquered one tribe after the other. Between the 11th and 12th century, they founded the Almoravid Empire. The Empire stretched from todays Mauritania, through Morocco and for awhile reached all the way to Spain. 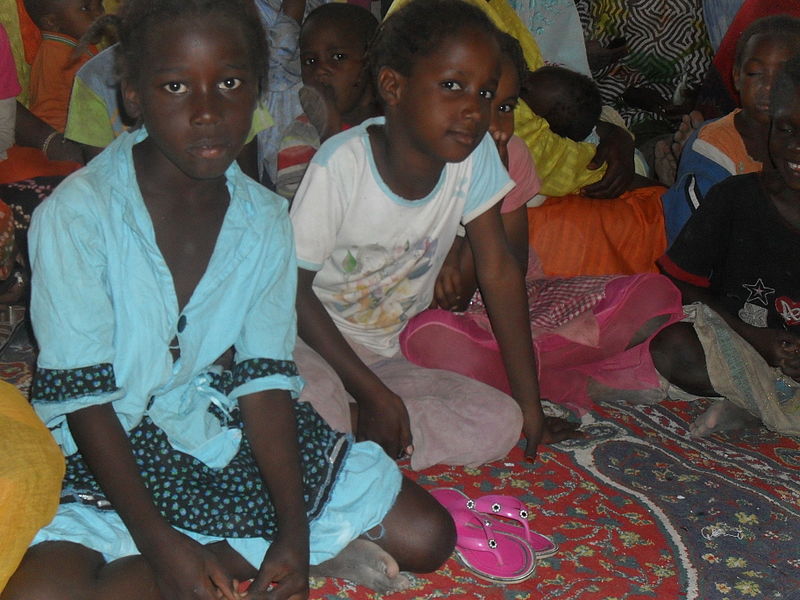 After many uprisings and battles, the country gained its independence in 1960. The independent Mauritania strove for a democratic reformation of the country, but since then, a military dictatorship has ruled.
Mauritania is today an Islamic presidential republic. The Sharia, Islamic rights, is in force. The rights of the Sharia enforce draconian punishments for the smallest of offences. Like in many Islamic countries, the position of women isn't respected. The girls in the picture on the left work as housemaids for rich families. They don't receive wages and they cannot just leave if they don't like the work. They also have no right to an education. Amnesty International reports constantly about human rights violations. It will surely take awhile before everyone - especially the girls -  in Mauritania can live freely.