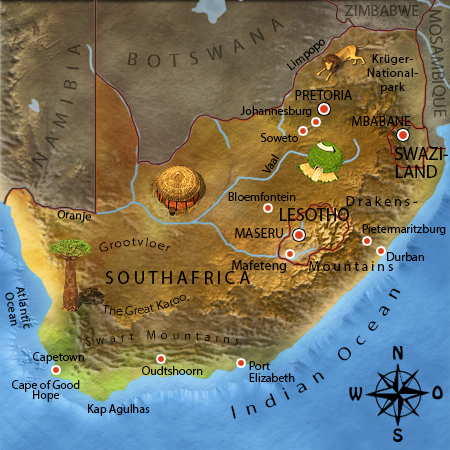 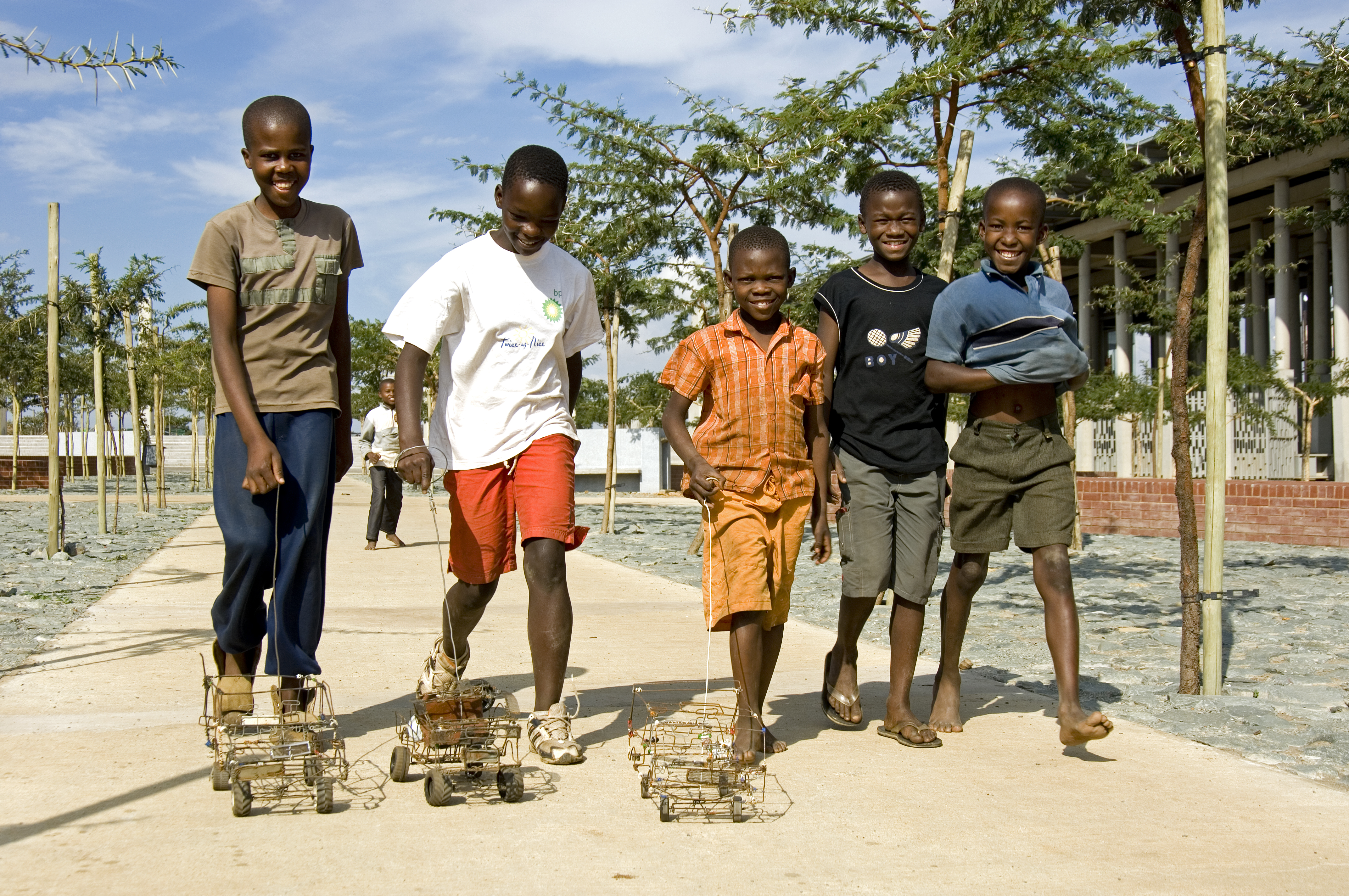 South Africa takes up the entire southern part of the continent. This country was for millenia home to the Bushmen until seafarers and traders from all over the world took over the region. South Africa lies on a geographical plateau known as the South African tableland. The country has a large variety of different landscapes. There are deserts and savannahs, dry forests and heathlands, vineyards and high mountain ranges. The Kalahari Desert occupies the north of the country where there is a very hot climate.

In the valleys of the Limpopo river tropical forests can be found. In the southern coastal regions it can become cooler during the summer. The Orange is the biggest river running through the country. This river flows into the Atlantic. The Kingdom of Lesotho is located at the very centre of South Africa. Swasiland is between South Africa and Mozambique. 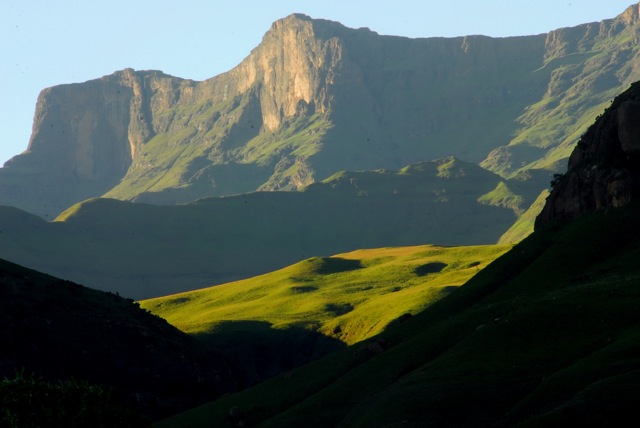 The  Drakensberg Mountain range is the highest in South Africa. Its indredible natural beauty an inspired Tolkien to write about "Mittelerde" in the trilogy . In Zulu the range is known as  'barrier of spears', because of its dramatic basalt buttresses. Early settlers called it the Drakensberge, because they believed it resembled a dragon's back. Because of its range of plant life and the rich collection of San rock paintings, it has been declared a World Heritage Site. The spectacular Blyde River Canyon, which strechtes in the north of the mountain range is one of the natural wonders of Africa. 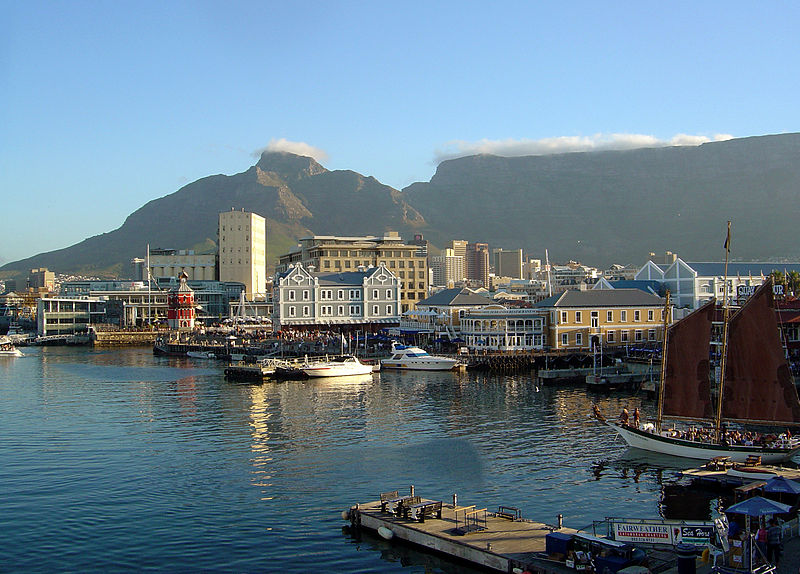 The official capital of South Africa is Tshwane, formerly called Pretoria. Tshwane is only one of the capital cities of South Africa. There are also Cape Town and Bloemfontein. Each city holds one branch of the government. Tshwane is in the Gauteng province, along with Johannesburg, the biggest city in South Africa. Cape Town is located on the coast of the south Atlantic. Cape Town was formed from a once Dutch trading outpost called the Cape of Good Hope. Cape Town’s well-known landmark is the Table Mountain.

The People of South Africa 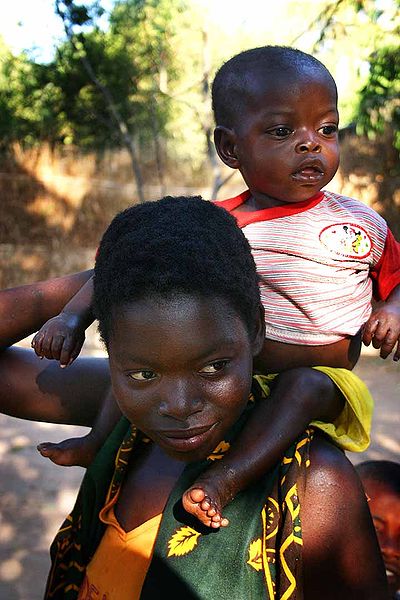 Mandela was elected president on a promise to lead all South Africans to prosperity, and to provide education for every child. Nowadays, all South Africans have the right to a basic education, and access to further education. Education is compulsory for all South Africans from the age of seven to age 15. School starts at eight in the morning. The afternoon is free for the first graders. The subjects taught are pretty much the same what you learn in schooll: literacy and math skills, sports, music and cultural activities. In theater groups, children learn about theater, play games, sing and dance. Due to this cultural diversity, English is used as the main language of teaching. There are a lot of expensive private schools, but also public schools are pretty expensive. The parents have to pay a school fee, and also they have to provide school uniform and books. Only children whose parents are very poor are exempt from school fees. Unfortunately, especially for girls it is hard to finish school. 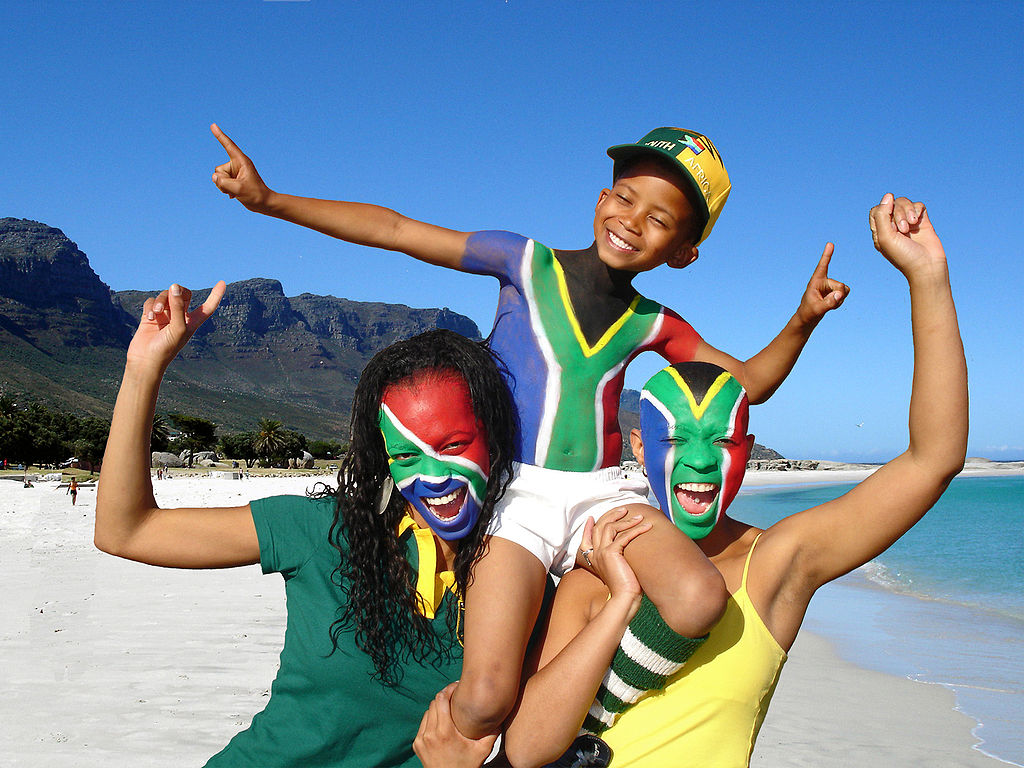 Almost all children like to play football. Especially since the World Cup took place in South Africa in 2010. A very popular spring game for girls is skipping. Three or more girls can play it. The girls who are turning the rope have to be very co-operative with the jumping girls, otherwise the girl in the middle can’t jump properly. In the rhythm of the text they move their hands so that the jumping girl concentrates on a special way of skipping. With her (mostly) barefoot she lets the rope come under her feet while standing on her heels, immediately followed by a quick move so that the rope goes under the heels and she continues jumping. Then she makes a turn and jumps backwards to the rope in the same way. When she also succeeds doing this, she makes a half turn and lets the rope touch her ankle and then fastly she jumps on. These ways of skipping needs a lot of skill and training before you know how to do it. 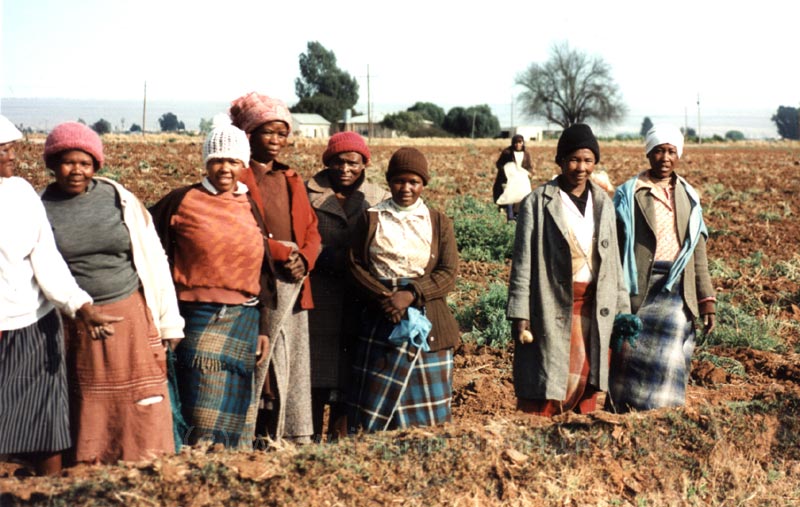 South Africa is the second largest economy in Africa after Nigeria. The country has abundant natural resources. South Africa was revolutionised in the 1800s by the discovery of gold. The country’s rich natural resources laid the foundation for its economy and mining is still an important source of revenue today. Apart from gold, the country has a wealth of other mineral reserves such as iron ore, platinum, manganese, chromium, copper, uranium, silver and titanium. Agriculture and fishing are of major importance, contributing to the domestic economy and providing a significant portion of South Africa’s exports. Food processing, canning and sugar refining are also key manufacturing activities.

Did you know? The biggest diamond of the world was found in South Africa. It was named "Star of Africa" and was weighing 621 gr. The government of South Africa has bought the diamond and bestowed it to King Eduard VII. The diamond is on display with the other Crown Jewels in the Tower of London. 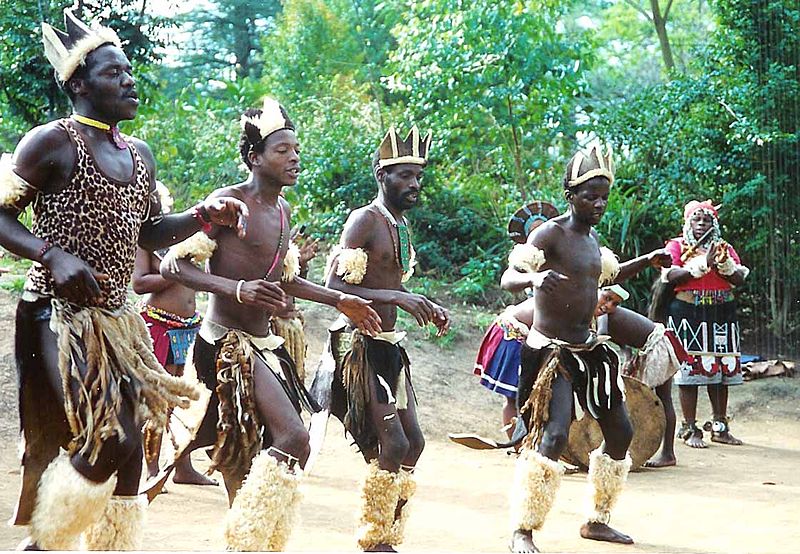 Christian holidays such as Christmas and Easter are celebrated in South Africa. In the southern hemisphere it is summer at Christmas time so many families celebrate on the beach or by having a barbeque in the garden. Christmas trees made of plastic are normal for South Africans. Pine trees only grow in the northern hemisphere. Other celebrations commemorate historical events: "The Day of Human Rights" on 21st March; "Freedom Day" on 27th April and "Youth Day" in June. Since the end of apartheid, 16th December has been celebrated as the "Day of Reconciliation". On Shaka day the Zulu hold a magnificent celebration to honour the former warlord Shaka Zulu. Learn more about Shaka Zulu.

South Africa has a number of national parks which protect the country’s wild animals. They provide space and protection for most African wild animals such as cape buffalo, jumping bucks, giraffes, elephants, hippos and rhinos, gnus and antelopes. Predatory animals of the savannah such as lions, cheetahs and hyenas are also protected. The blue crane bird is the symbolic animal for South Africa. Learn more about wild animals. 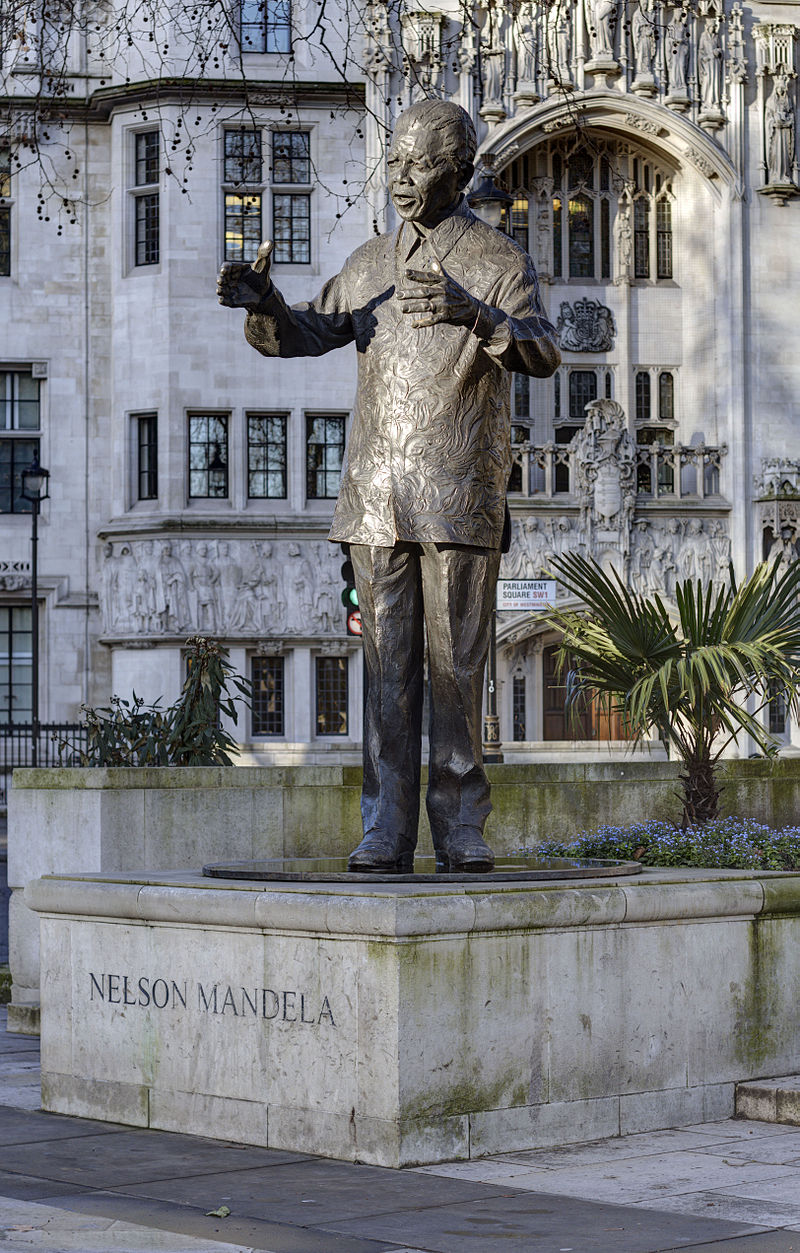 South Africa is a large and beautiful country with a lot of attractions. The Kruger National Park in the northeast is Africa's oldest wildlife sanctuary. The park is home to more than 500 bird and 147 mammal species, including lions, leopards, rhinos, elephants, and buffalo. Cape Town, is considered one of the most beautiful cities in the world. Backed by the flat-topped Table Mountain, the city is nestled between the mountains and the sea and has miles of pristine beaches. Robben Island became famous as the place where Nelson Mandela was imprisoned during the struggle to end apartheid. Today this island is a national monument and museum. It is also a sanctuary for many varieties of seabirds. Also worth a trip is Johannesburg, the ‘City of Gold’ with its entertainment and freedom tours. Near by Johannesburg are the Sterkfontain Caves, where you can travel back to the beginning of human kind.

The History of South Africa

The first inhabitants of South Africa were the San, also known as “Bushmen”. They have lived in South Africa for more than 170,000 years. 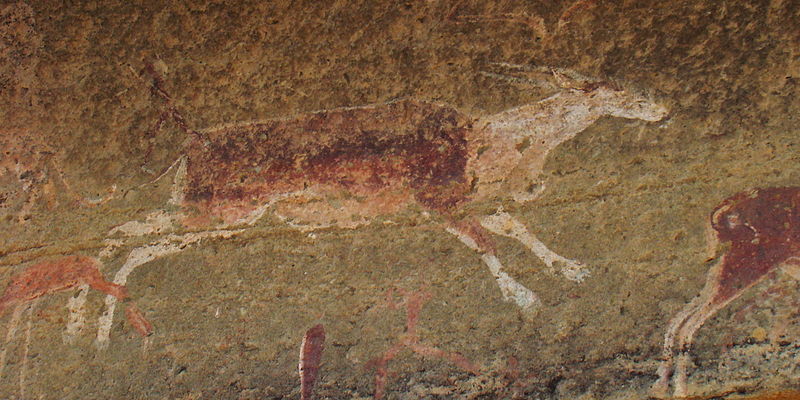 Their impressive rock paintings are the first evidence of civilisation. During the first millennium Bantu peoples from the Congo migrated to South Africa and began to force out the Bushmen and settle on the highlands. Then the Europeans arrived. In the 15th Century, Portuguese seafarers began exploring the country’s coastline. Since then South Africa has become a location for conquests, wars and racial battles.

More on the history of South Africa

Apartheid ended more than two decades ago. South Africans are continually working on reconciliation between black and white, between tradition and democracy. They are making many attempts to find a suitable and just way of living together. The system of government in South Africa is a presidential republic, which means the people elect the President. 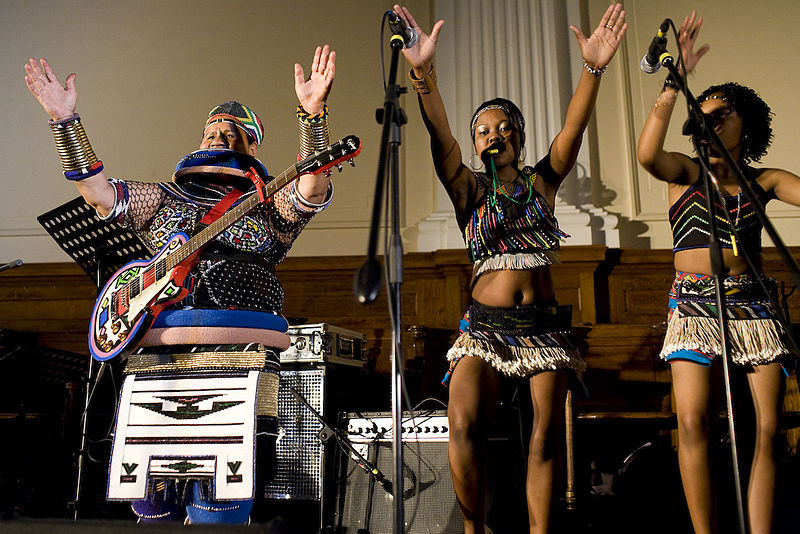 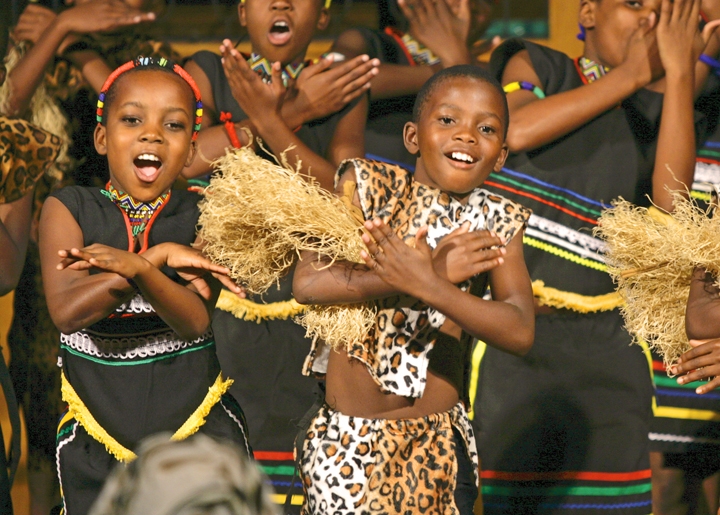 There are many political parties. The strongest party is the ANC, African National Congress, which fought against apartheid. Today the party’s most important task is to distribute the wealth of the country fairly. South Africa is one of the world’s most important gold sources and is therefore very rich. Too little of the profit made from the gold industry is given to the state and too little is being done to benefit education and employment. Unemployment is high among young South Africans. The many political youth initiatives and the critical press who both aim to confront South Africa’s problems display hope for improvement. The population shows it is prepared to support further changes and that it is not happy to allow politicians to have full responsibility for governing the country. On the occasion of the 2012 World Cup, South Africa showed the world that is on the right track towards achieving a more open society.