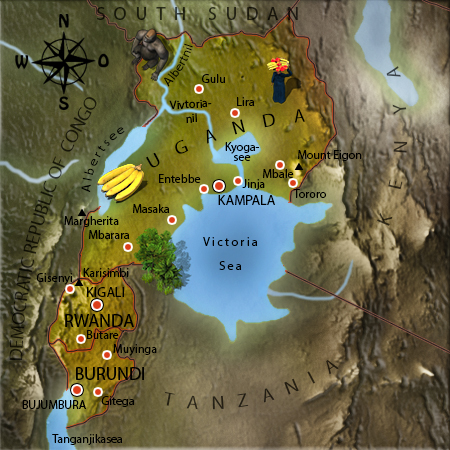 Hujambo, welcome to Uganda, the country in East Africa!

Uganda lies in the heart of Africa. With 241 038 km², it is almost two thirds of the size of Germany.

Uganda is surrounded by five countries: Rwanda, Tanzania, Kenya, South Sudan and the Democratic Republic of Congo. Uganda has no access to the sea, but it has enough water, as it lies on Lake Victoria, the largest lake in Africa. The Great Rift Valley runs through the country- it was formed 35 million years ago when the Arabian Plate and the African Plate split apart, resulting in mountain ranges, walleys and lakes. Lower down in the rift valley lie the Edward and Albert Lakes. The Murchison Falls in the west of the country plunge several hundred metres down.

Uganda – a Country between Savanna and Rainforest 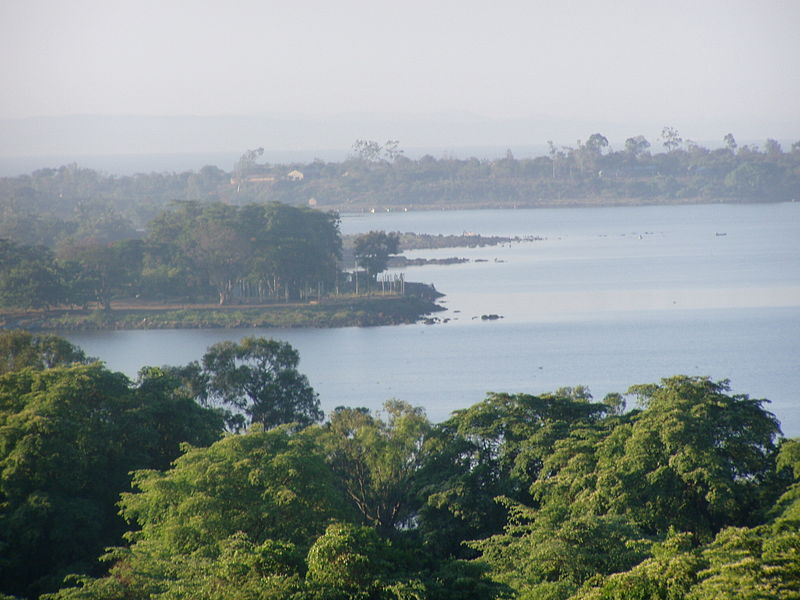 The north of the country is dry and infertile. But the further south you go, the more natural beauty you can see. In Uganda, the savanna of eastern Africa merges with the rainforest of central Africa, resulting in a large variety of plants and animals. Uganda lies near the equator, but it has a central European climate as a large portion of the country lies on a high plateau. During the day, temperatures reach between 25°C and 35°C and drop to between 12°C and 18°C during the night. Due to this mild climate, in former times many Europeans used to travel to Uganda. 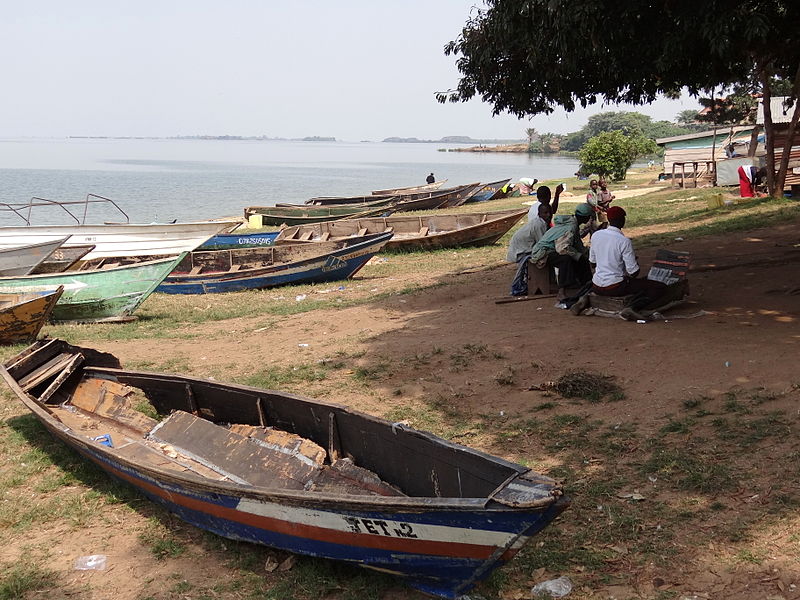 Lake Victoria covers an area as large as Bavaria, around 68 000 km². Three countries border the lake: Uganda, Kenya and Tanzania. No other lake in the world feeds as many people- around 30 million people live off the lake. Unfortunately, reservoirs and dams on the lake have resulted in the water level sinking. Water hyacinths are also polluting the water. They were brought in from Latin-America to create ornamental pools, but now they are spreading unchecked. The lake also has to cope with another invader - the Nile perch. The fast-growing fish was brought in 50 years ago to achieve a higher fish yield, but the Nile perch eats too many of the indigenous fish. However, Lake Victora is still a special lake. It is relatively young, only a million years old, making it about as young as the human species. Our ancestors probably also bathed in Lake Victoria. It is a laboratory for evolution - the emergence of biodiversity can be witnessed in the lake. For example, cichlids. They evolved within 10 000 years, from only a few ancestors, into 500 different kinds of cichlids. Today, however, there are hardly any of these colourful fish left as they are devoured by the Nile perch.

Did you know? On the northern banks of Lake Victoria in 1862, John Speke discovered the outlet of a river. This discovery led to the headwaters of the Nile. The longest river in the world flows 6500 km from Lake Victoria to the Mediterranean Sea.

Snow-covered Mountains in the Middle of Africa 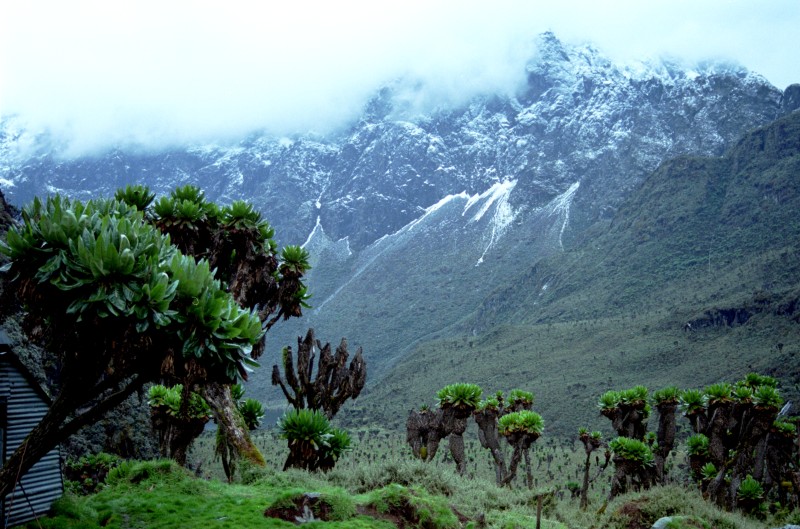 The highest point in the country is the Margherita Peak (5110m). It lies in the snow-covered Rwenzori Mountain Range, which runs along the border to the Democratic Republic of Congo. The mountain range is on the edge of the Great Rift Valley. The  Mountain Range was declared a National Reserve, to conserve the landscape and rare animal kingdom. 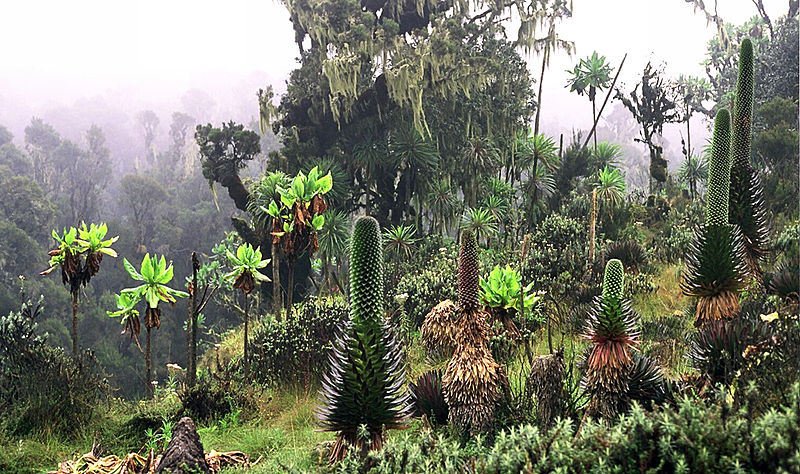 Even Alice in Wonderland would marvel at the flora in the Rwenzori Mountains . More than 20,000 plant species grow here. Note-worthy are the lobelia. They grow up to 10 feet! Wandering through the mountains in Uganda is like wandering through  fairy-tale land filled with monster flowers. Even the heather grows gigantically. Briar can grow over 10 meters in height. 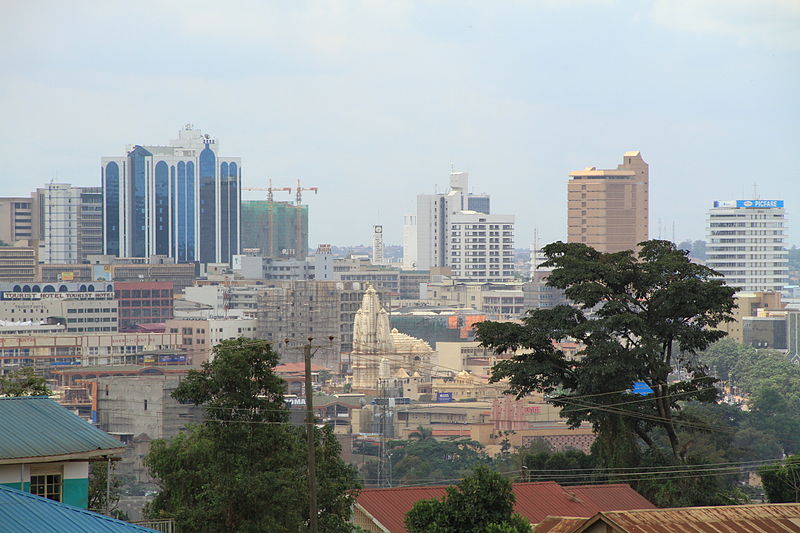 Kampala is the capital city of Uganda. It lies in the Kingdom of Buganda, near Lake Victoria. Parliament and the seat of government are here. The city has one and  half million inhabitants. Entebbe Airport lies near the source of the Nile. Kampala was established two hundred years ago by the British. They built a fort and a city quickly formed around it. In the Baganda language, Kampala means ‘hills of the antelope‘, as the Buganda kings had antelope which they tamed and allowed to graze on the hills.

Uganda is the youngest country in the world, as measured by the age of its inhabitants. The average age is 15 years. Many different Bantu folk groups live in the area, like the Baganda, and Ankola. The mountain and herder folk live in the north. 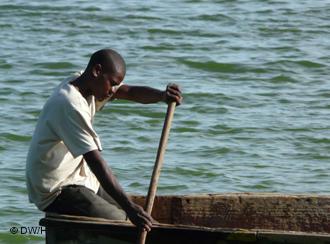 The majority of the people in Uganda are Catholica or Anglican, but many still practise their African beliefs. Kiswahili is the language most people speak, but English is the official language. 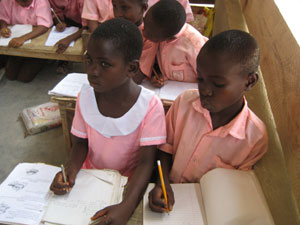 Almost all young people in Uganda have a primary school education. Classes often consist of seventy pupils, and the classrooms are so crowded that school desks can‘t be set up for all children. School starts at eight and all students wear a uniform. The children learn quite the same subjects than you do in your school: English, mathematics, science, social studies and sports. In the break, a lunch is cooked in the school kitchen for all children, for example, maize porridge with beans. In the afternoon, classes last till 5 PM. Before the children can go home, they have to clean the classrooms. Only then does their free time begin.

Despite all the work and the difficult living conditions, the children in Uganda are very cheerful. They like to sing and dance or play sports. The boys usually play football and the girls netball, which is a team sport similar to basketball. Uganda is known for its beautiful childrens‘ choirs. Many parents can’t afford to purchase toys for their children. Therefore, the young ones make their own toys. From bottle caps they can quickly create a game of skill, cars are built from milk cartons and dolls from banana skins. Plastic bags are crumpled with banana leaves and fiber residues to make a football

The majority of the people lives from agriculture. The families cultivate their fields and what they don't consume they sell on the markets. The state receives the most income from the export of agricultural products like coffee, tea, vanilla and cotton. On the riverbanks and Lake Victoria, many people live from fishing. 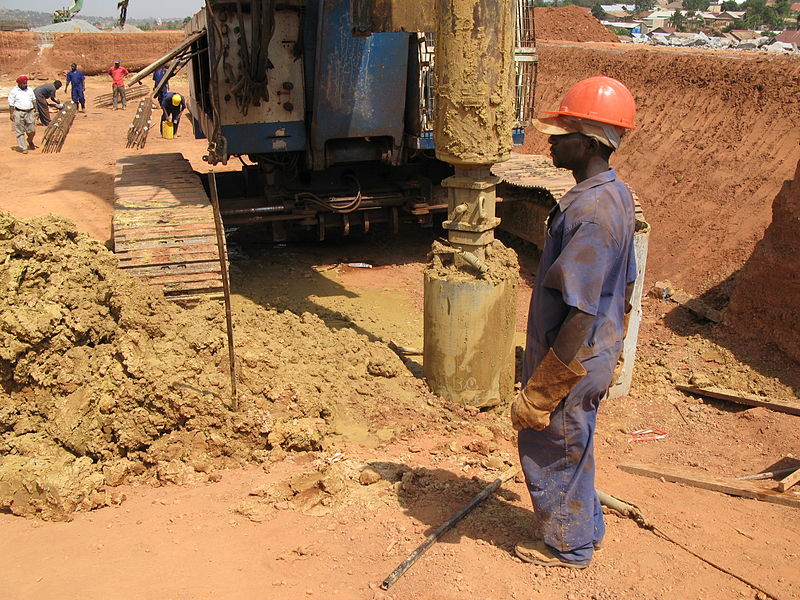 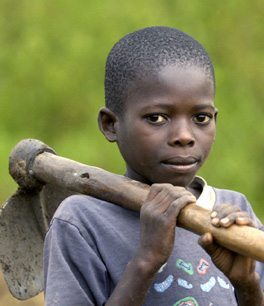 In the years after gaining its independence, Uganda was one of the most industrially developed countries of East Africa. Due to many armed conflicts, the population became poorer and poorer. Although Uganda’s economic performance has improved since early 1999, only a few people benefit from it. Many children work on industrially operated plantations.

Uganda lies in the center of trails which many animals roam. Therefore, the country has a large animal kingdom. Unfortunately, the animal population is shrinking due to ruthless poaching. Conservationists only began protecting the wildlife at the beginning of this millennium. Ngamba Island is a large island covered with dense rainforest on Lake Victoria. Here a sanctuary for orphaned chimps was created.

The name Uganda can be traced back to the kingdom of Buganda, the most important kingdom between the Victoria Lake and the Kafu River. Four different kingdoms reigned in the region before herders from the north-east pushed their way in the 17th century. They called themselves Hima and Tutsi. On the northern bank of the Vitctoria Lake, they established a kingdom and began to intermingle with the Bantu folk who already lived there. They gained their wealth through the slave and ivory trade, which was coveted by the Arabians. The gravesites of the Buganda kings is located in Kasubi. Today, it is one of the World Heritage Sites. 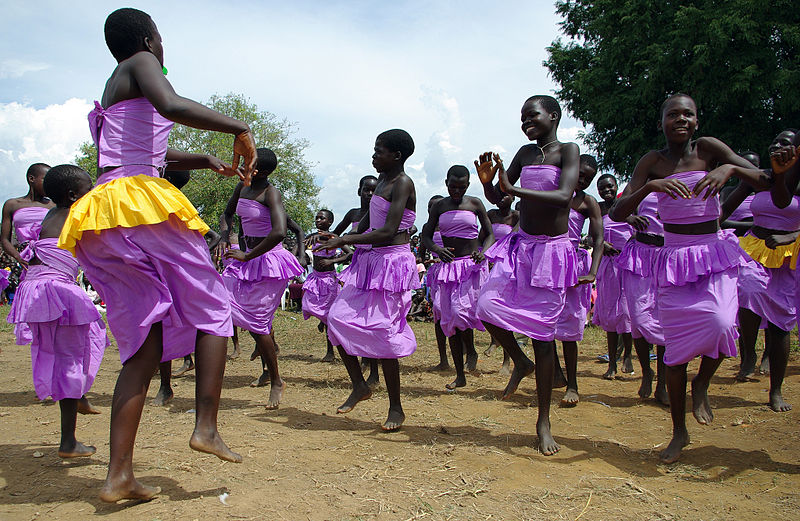 In the past, Uganda celebrated many festivals - Christian festivals and festivals from the local African beliefs. In northern Uganda, where civil war raged for a long time, many festivals didn’t take place. However, since the government and the rebels have signed a peace treaty, hope has sprouted. This is a great reason for the girls and women in northern Uganda to celebrate. 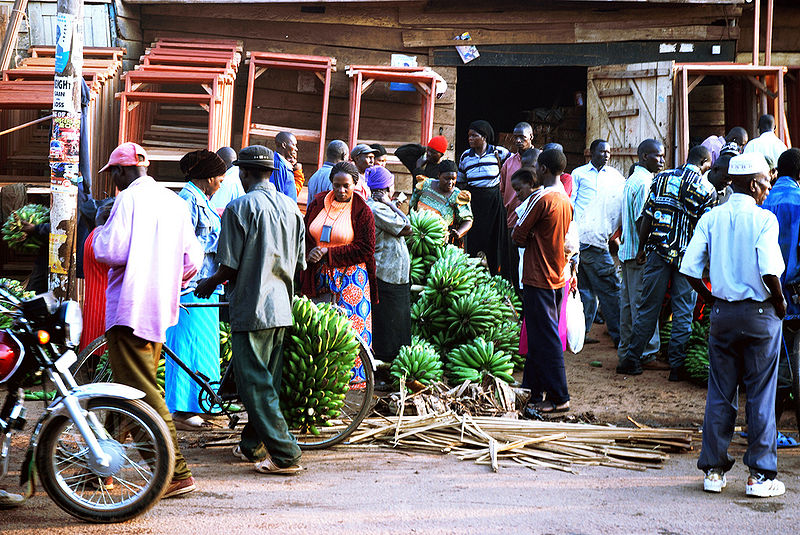 In 1991, Uganda became a presidential republic with a parliament. The people of Uganda hoped that the new president Yoweri Museveni would bring peace to the country, but his government was totalitarian and only his party decided on politics. Some folk groups weren’t happy with this. They formed rebel groups, one of them called the “Lords of Resistance. The rebels fought against the government troops; they kidnapped children, and trained them to be soldiers. The “Lords of Resistance” are seen as one of the most brutal rebel groups in the world. After a century of being oppressed by the colonialists and a long civil war, the Ugandan want to live in peace. They insist political power be shared by a few parties and given to more people. The rebels then wouldn’t have a reason any more to fight. The people simply want to go about their business, and watch their children grow up in a safe environment.