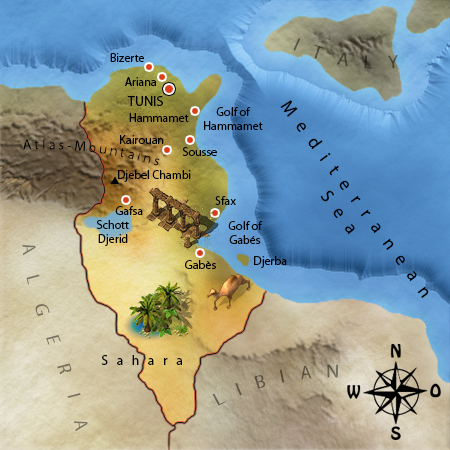 Marhaban, welcome to Tunisia, the beautiful country in North Africa.

Tunisia is a North African country on the Mediterranean Sea. It is a popular tourist destination due to its scenic beaches and many other features.

Tunisia lies like an elongated triangle between Algeria and Lybia. The region spreads across three landscape zones – fertile coastlines, highlands and desert. The north is called 'the green Tunisia'. The coastline is mountainous and very picturesque. It runs over more than 110 Km and is divided by the Gulf of Tunis and the Gulf of Gabes. 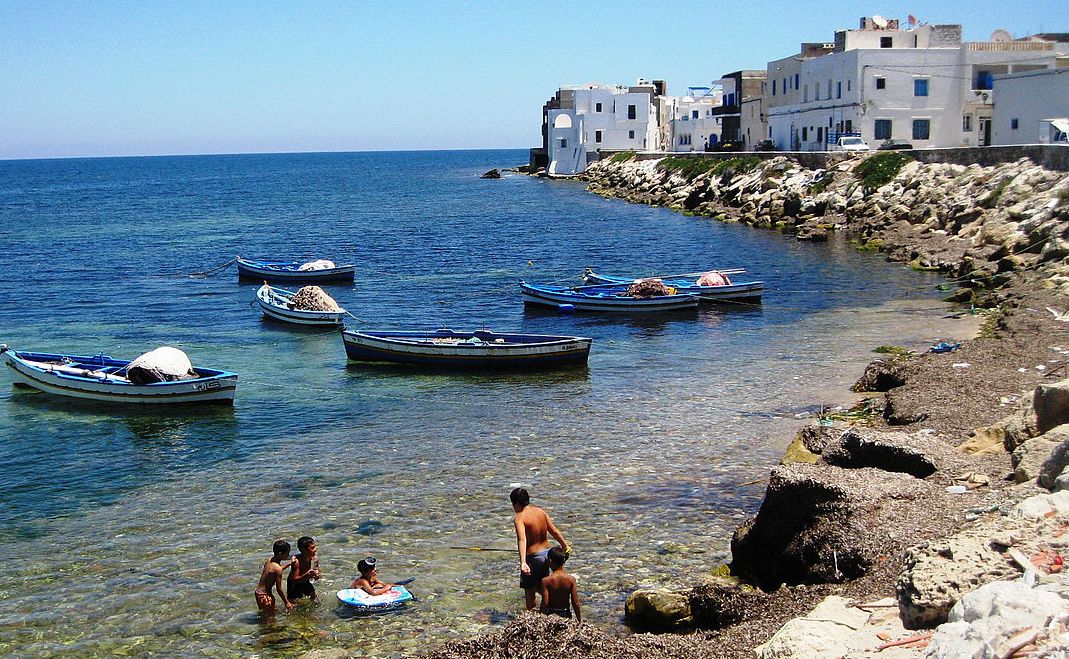 Behind the coast are the foothills of the Atlas Mountains. Fertile plains and valleys are found between the mountain ranges. The longest river in Tunisia, the Oued Medjerda, flows through the Atlas Mountains. The coast has a Mediterranean climate, which means the temperatures in winter drop to about 10 degrees and rise to 26 degrees and above in summer. In the desert, the days are brutally hot and the nights are sometimes so cold that frost covers the ground. 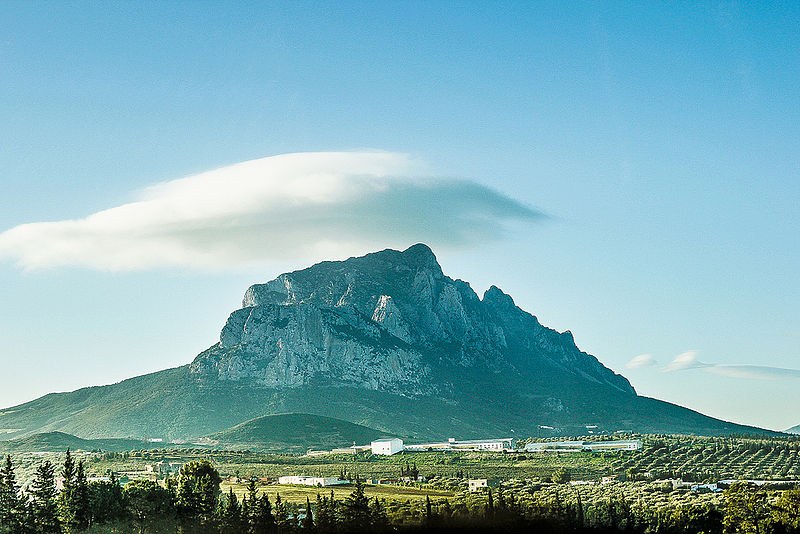 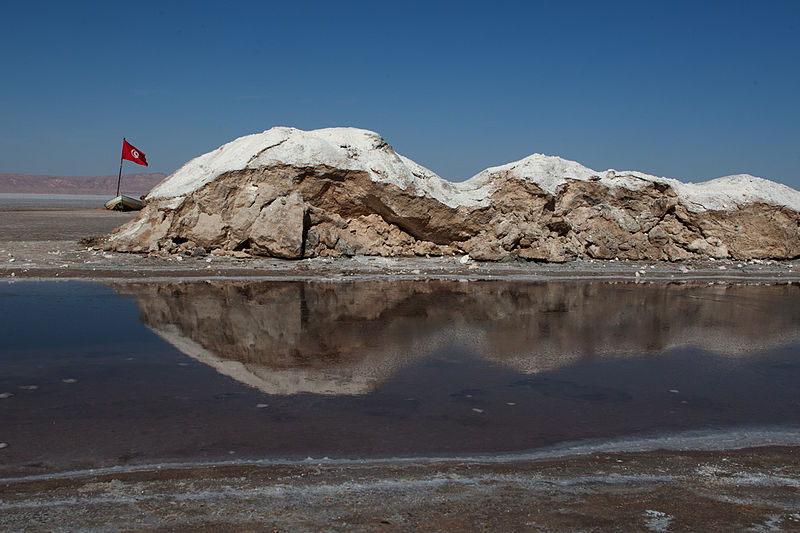 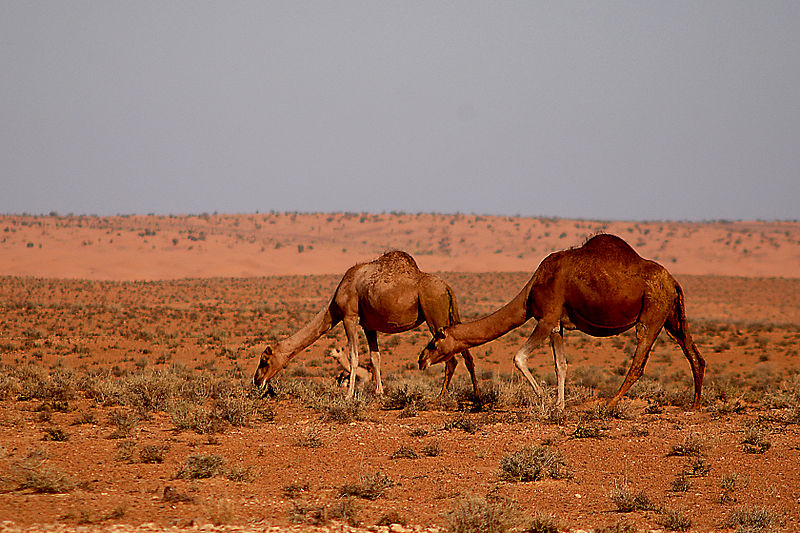 brutally hot and the nights are sometimes so cold that frost covers the ground.

There are salt lakes in the interior of the country, some of which lie beneath the sea level. The largest salt lake is Chott-el-Djerid, which you can see in the picture on the left. The landscape is coarse and barren. The desert begins south of this area.

Tunis - the Capital of Tunisia 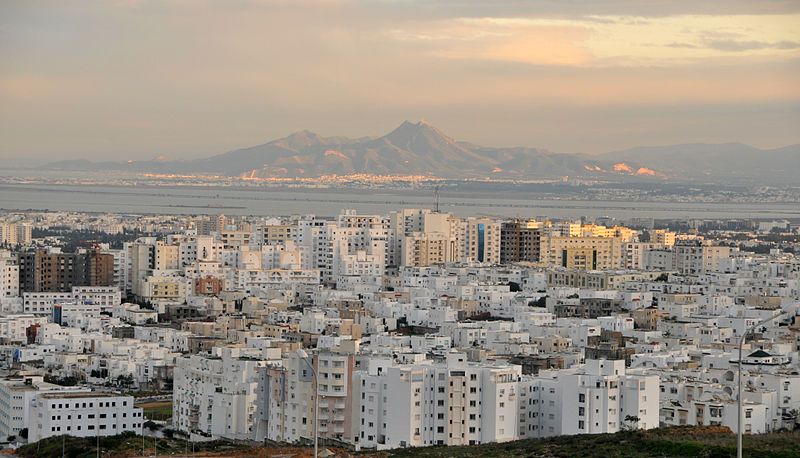 Tunisia is both an Oriental and European country. This is nowhere more obvious than in Tunis, the capital city. Arabian palaces lie next to banks, medieval souks next to western luxury shops. Tunis lies near to the Mediterranean Sea. The name of the city comes from the goddess Tanit, who was worshipped in Carthage for her protection. Tunis is presumably the oldest city in Northern Africa.

It was already in existence when the first Phoenician voyagers conquered the Mediterranean coast in Africa in the 9th century AD.  Later the city stood in the shadows of Carthage, but after the Romans destroyed the Carthaginians, Tunis gained importance nationwide.

Douz- a Festival in the Oasis 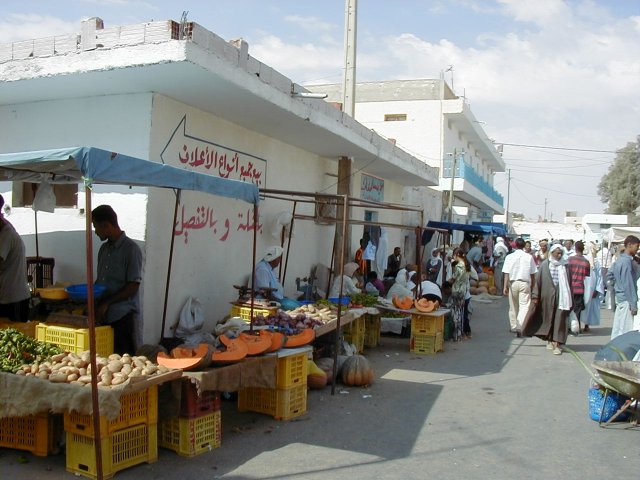 Douz lies west of Gabes and is the largest oasis in Tunisia. Around 15 000 people live in Douz. There is a cattle market every week, where vegetables, fruit, grains and clothes are also sold. There are also carpet traders from all over the country. The International Sahara Festival takes place here yearly. The festival lasts several days. Artists and performers from all of North Africa travel here, bringing for a short time the magic of the world into the desert.

A Safari in Djerba 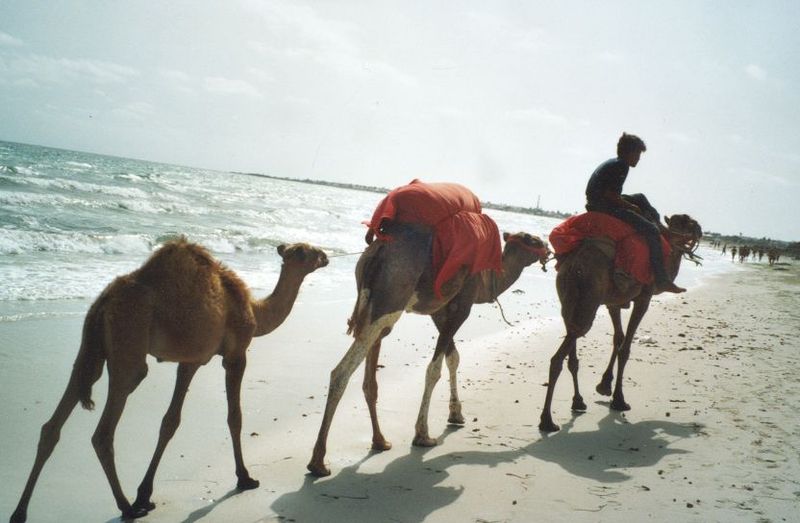 Djerba is the largest island off the coast of North Africa. Visitors are often offered a ride on a camel, but be warned: camels move in an amble, moving first the legs on the one side and then the other side. This creates a swinging motion, which takes some getting used to. This is why camels are also refered to as desert ships. Camels and Dromedaries have only been domesticated for 2500 years. Trans-Saharan trade through the desert began at this time. 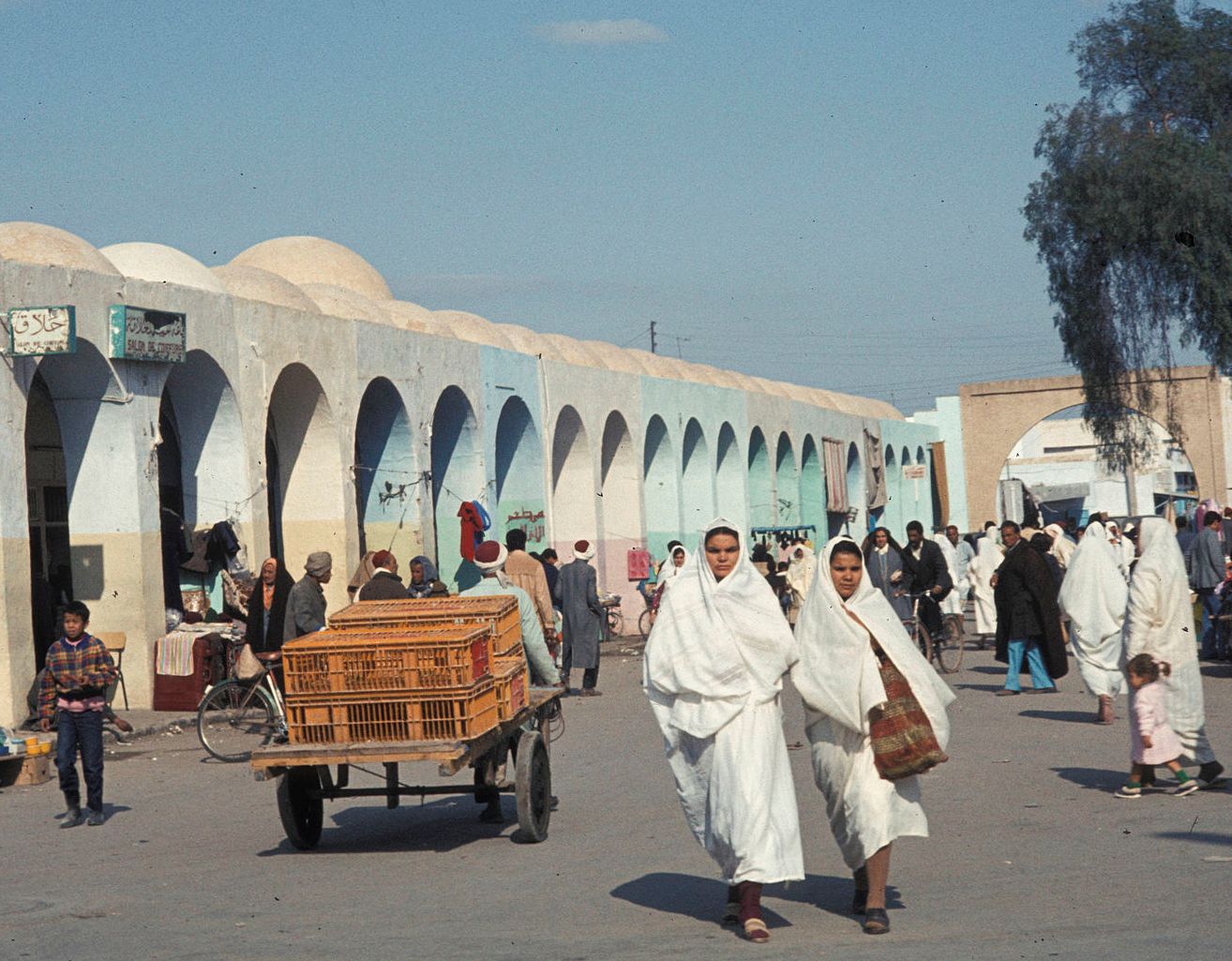 The original inhabitants of Tunisia were the Berber people. Today, Tunisia is characterised by European and Arabic influences. Almost the entire population is Islamic, but the original traditions of the Berber people are still noticeable throughout the country. The official language is Arabic, but many speak French and Berber dialects can also be heard in the market places. Many speak German in the popular tourist destinations. Tourism is an important source of income for the country.

More about the Berber people. 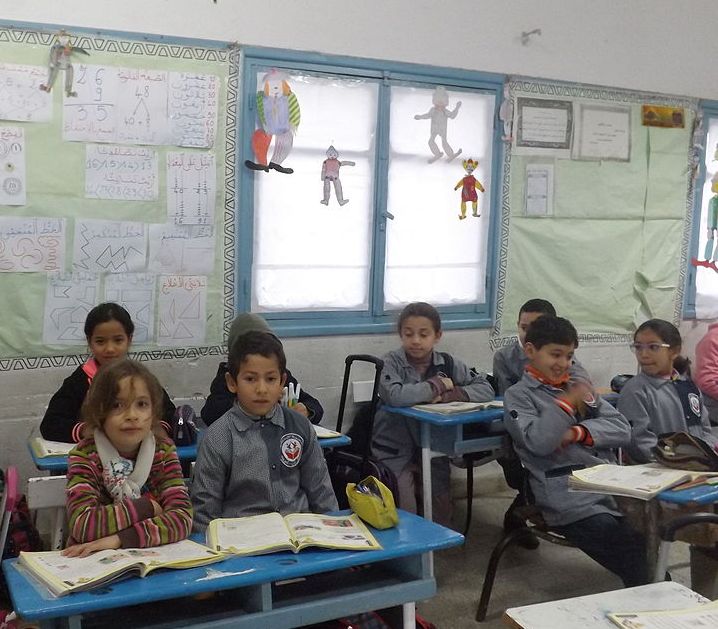 There is a primary school in almost every village. Most of the pupils also have lessons in the afternoons, therefore they don't have homework in the evenings. In the public schools, school uniforms are compulsory. The school holidays are from the end of July till the end of September, as it is then so brutally hot in Tunisia that neither the children nor the teachers can concentrate.

The Economy and Natural Resources

Tunisia is economically quite developed. It survives from agriculture, industry, mining and tourism. The north has fertile farmland, where grains, citrus fruits, olives and vegetables are grown. The industry has developed mainly around Tunis. 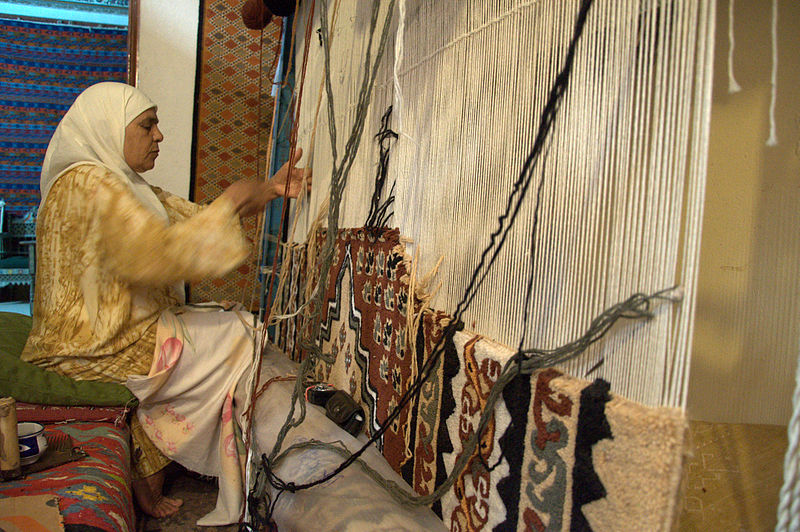 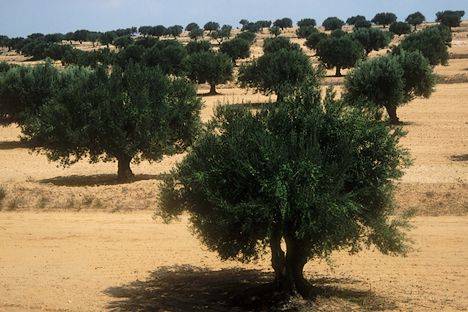 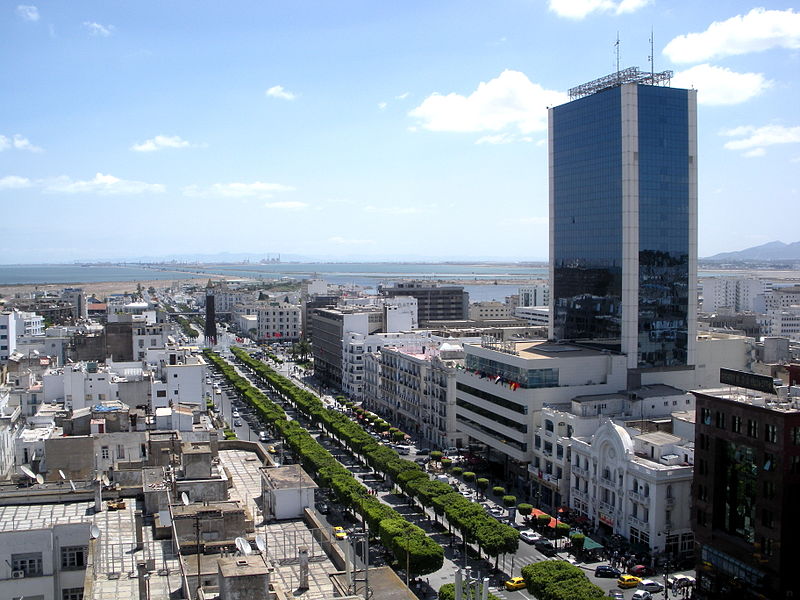 Here you can find steel manufacture, food processing, chemical industry and leather processing. The most important natural resources are Phosphate, lead and oil. 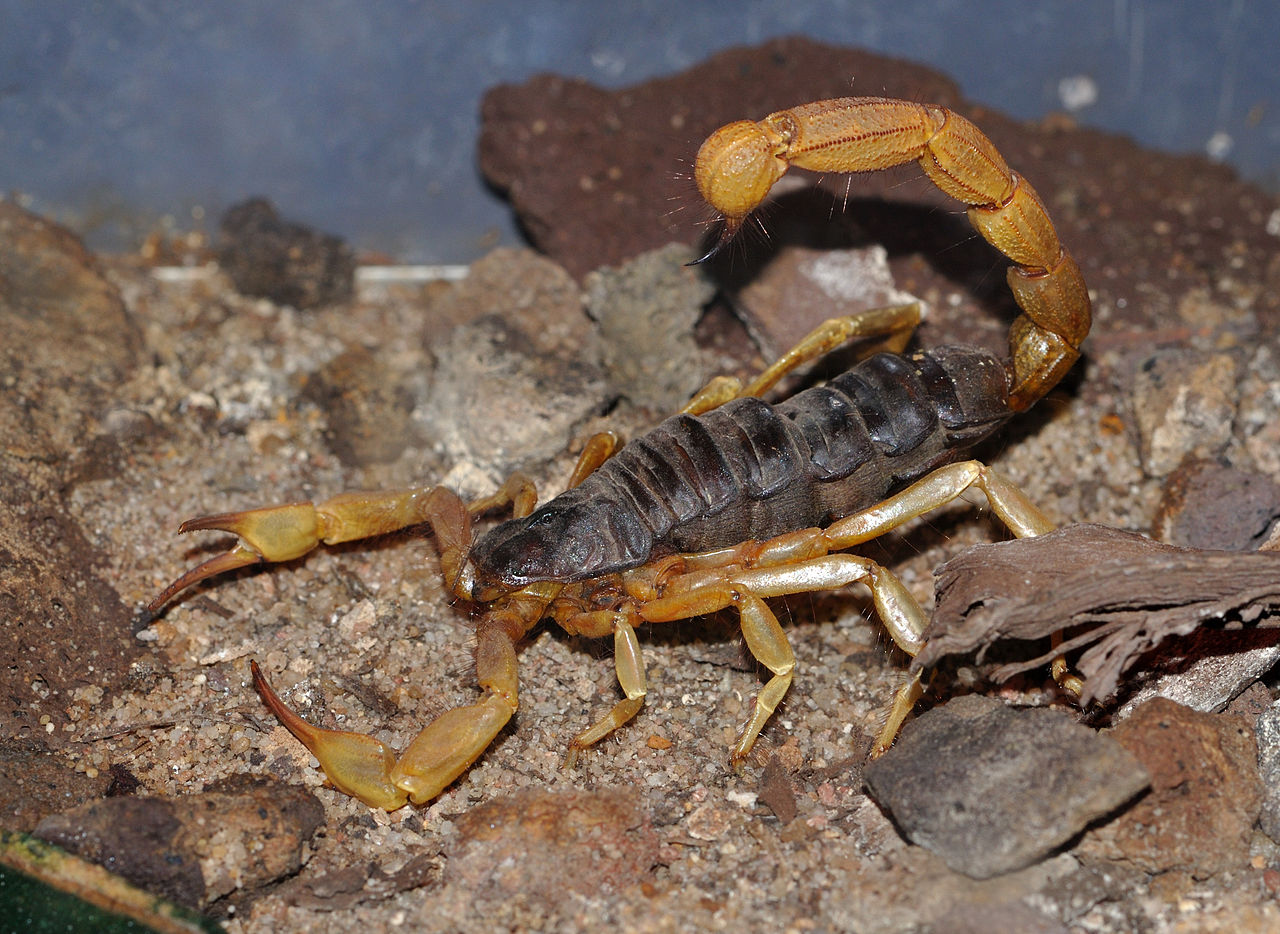 Tunisia is full of many different animals, birds, and other forms of wildlife. In fact, there are so many interesting creatures living in the country that wild-life watching is actually a tourist attraction for the North African state. In the desert you may see the rare oryx antelopes, which have very long horns. Once the could be found everywhere in North Africa. Now, they are nearly extinct. However, there is an ongoing effort to introduce the animals back into the wild. The Fennec is the animal to look for if you like cute, furry animals. It resembles a cat and can be identified by its large ears. If you have a fondness for shellfish and have always wanted to share that with a bird, this is your chance. The Oystercatchers are named for their ability to plug shellfish out of the ocean. They are big in size and make plenty of noise, so it should be easy to spot them. The Sahara is home to a great variety of  scorpions, the most dangerous one is the Sahara Scorpion. Its poison is as deadly as that of the black Mamba

More about the animals of the Sahara

The numerous historic sights and places of Tunisia tell of the long and rich history of the country.

The Phoenicians, the Romans and the Arabs have conquered Tunisia. Every new colonial  power has errected towns, churches and mosques, and monuments. The picture on the left shows the Sidi Oqba Mosque in Kairouan, in the middle you see the Colosseum of El Jem, one of the biggest colosseums of the world, on the right you see the ruins of Carthago.

Tunisia was originally a country of the Berber people. As it lies only 160 Km away from Sicily, the inhabitants had early contact with Europe. Due to its long coastline, Tunisia has been a gateway for conquerors from the east and north since ancient times. Phoenicians, Romans, Arabs, Ottomans, the Spanish and the French have all conquered the country at some point, leaving traces behind. The Berber people always defended their regions, sometimes more and sometimes less successfully. The many archaeological sights tell of the varied history of Tunisia. Seven historical Tunisian cities belong to the World Heritage Sights of UNESCO. 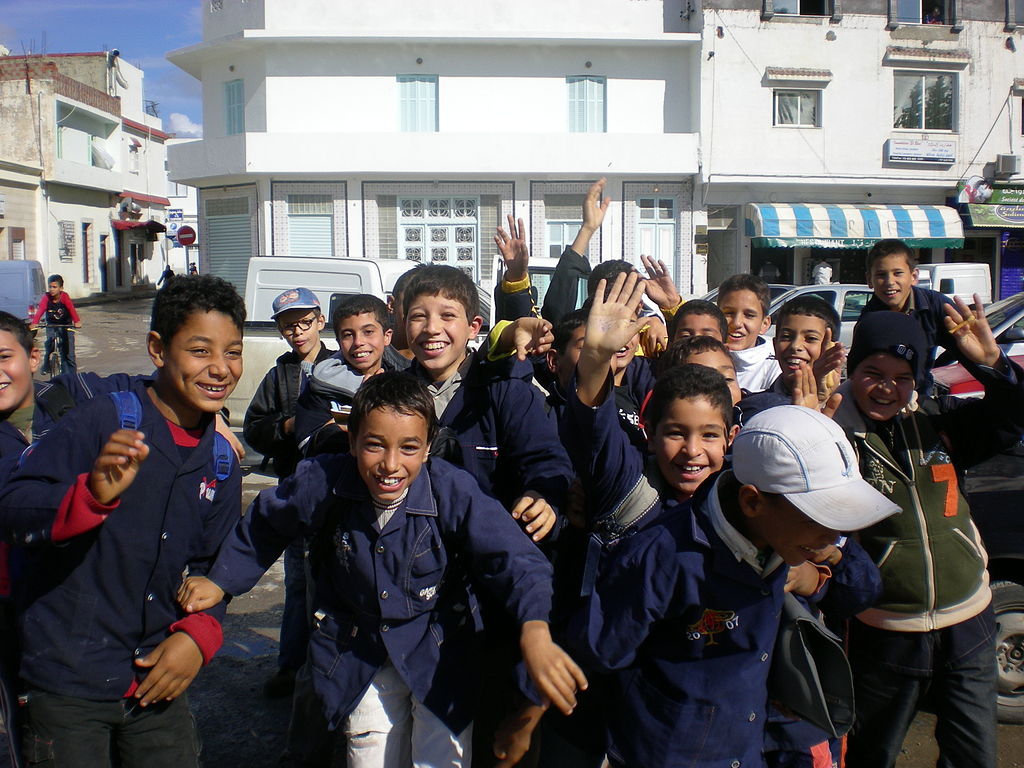 A few years after gaining its independance, Tunisia was named a republic. The first president introduced voting rights for women. However, during his rule the opinion grew that his regime was corrupt. The governments afterwards weren't any better – they suppressed the freedom movements of the people. The country's problems grew, as did the unemployment rates. The people took to the streets and demonstrated for more freedom and justice. In the so called „Jasmine Revolution“ in January 2011 the people brought an end to the long standing dictatorship of president Ben Ali. On the 23rd of October 2011, the first free voting took place. Democratic basic rights, such as freedom of the press, opinion and assembly were introduced. Today Tunisia is the first North African country which tries to change to a democracy